Rugby is good because you get to run around outside, crash into people, and spectators get to drink whisky mixed with beef broth from thermoses (thermi??) perhaps accompanied by their granny. Rugby not good when someone gets hurt, badly... Watching rugby not so good now that Bill McLaren retired. This is just a primer for some and ancient news to many, but "the voice of rugby" was a much loved Scottish announcer for Rugby Union matches until 2002 when he retired. He produced a host of classic expressions that came off the cuff, as well as his standard "they'll be dancing in the streets of XYZ tonight" when the home team pulled it out. Instructive clip below.


I watched his last announced game from PJRyans in Somerville (fantastic Irish breakfast) but the game was slow, it was an away-game (in Wales) and Bill had nothing to work with. I won't say Scotland are the Red Sox of the rugby world but they are definitely the little engine that could, so when they won the Grand Slam in 1990 (beating France, England, Wales and Ireland in one season) it was bananas time. Go on, tell me Bill doesn't drop the F bomb after the Scottish try at 0:34.


High school for me was in Scotland, which meant you played rugby. No big deal. Most players here (US) make it a 24/7 lifestyle, a bit much. Give blood etc. 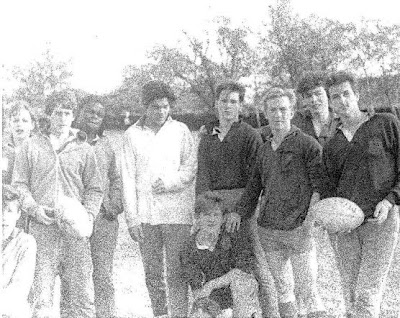 OK, rugby jerseys. No spraypainted skull graphics or "No. 1 Wrestling Empire" embroidery please. Plainer the better. Rubber buttons on the placket? Whether you are 8 or 38 years old, you are about to get hit in the back by another human possibly 60 pounds heavier than you... will a soft button on your collar help things?? At least the button didn't dig into me right?? Being slightly fasecious there, but the real deal jerseys don't have rubber buttons. Numbers stitched on the back?? Acceptable, if you know what the number stands for. I'd advise against. Warning ladies; one of the numbers stands for the position of hooker -just saying. Stripes or what not, up to the conscience of the individual.

The old faithfuls of LLBean (top 2) and Orvis (next 2) have simple options (ok, maybe a bit of faux vintagey stitching -sucker for elbow patches). Or, shocker, simply order a plain, navy, throwback type Scotland jersey from the source. $50. To forward thinking parents out there, a trick would be to order from the school uniform outfitters Aitken & Niven based in Edinburgh (worth its own post one day). Lots of true life vintage color schemes. Maroon was the color of one of our rivals (another wore maroony-brown and pink, Fettes, famously the school James Bond was asked to leave...) For some reason the maroons look good to me. The blue and green too (though I never saw it on the field) reeks Preppy Handbook, classic. Roughly, it is red for Wales, white for England, green for Ireland, navy for Scotland, then on to green/orange South Africa, all black for New Zealand...etc. Put a layer underneath and it is part of the kids winter/indoor uniform. 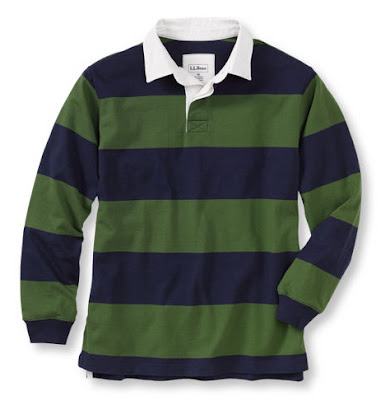 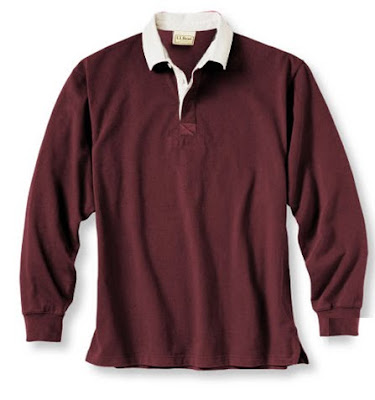 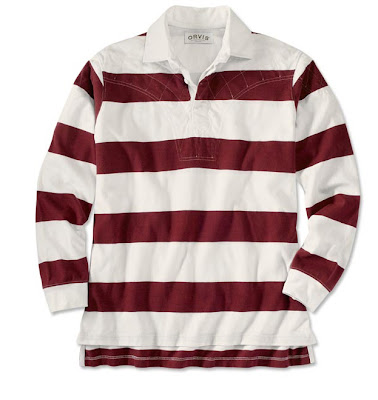 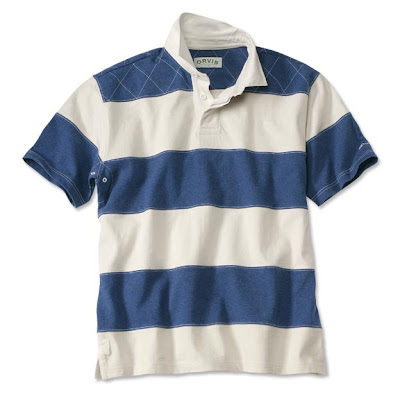 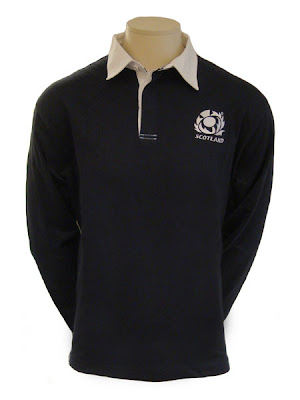 [just found this... makes sense. "As it happens, soccer footballers began to wear vertical stripes to represent there code and rugby took on the hoop stripes as the symbol of their code of football. Even to this day at the professional level of both sports you can see the general trend of soccer teams using vertical stripes and rugby teams using hoops."]