"American Hand is a documentary series [Jon Walley] started a few years ago that tells the story of craftsmanship in today's culture with the goal of educating & inspiring young and old."

You may have seen other examples of these sort of "interview the maker" type shorts - but few more sincere and featuring such grounded characters. In the 5 episodes so far you will meet; a musician and Luthier that specializes in restoring & repairing the double bass, a welder who works for FBM Bikes, a cranberry farmer and community educator (who does not harvest by flooding the bog - had not seen this technique before), and a scrimshander.

I started in the middle (above) with Mark Phelan - a printmaker and Hot Rodder from Taunton, MA. The filmmaker gives Phelan plenty of room to really explain his fascination and reasoning and inspiration behind working with his hands on old cars. But as I started out saying, the tone is different from other interviews like this.... no preaching to the choir, and no assumptions are made - everything is carefully thought out and articulated. As Phelan says, "I dont want to dismiss technology completely either, because somebody has invented an artificial heart... that is pretty incredible."

American Hand. HT to the Non-Fiction Cartel for posting about this. 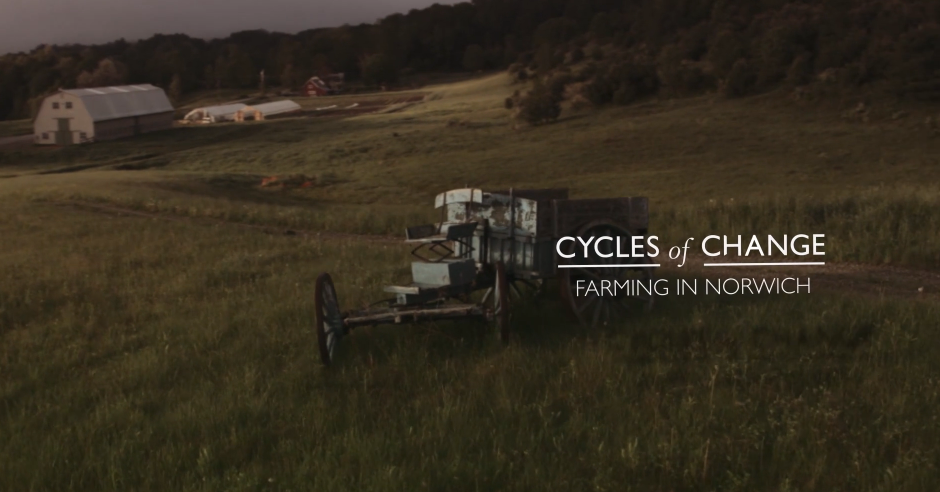 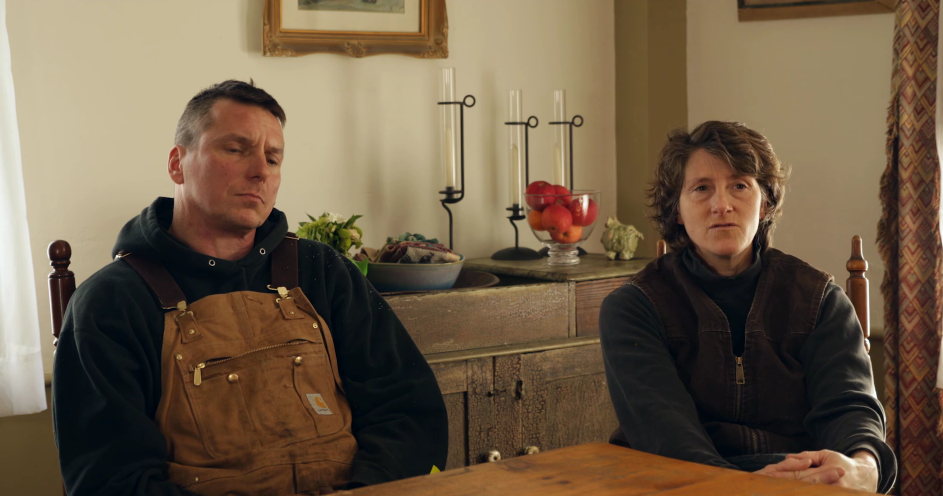 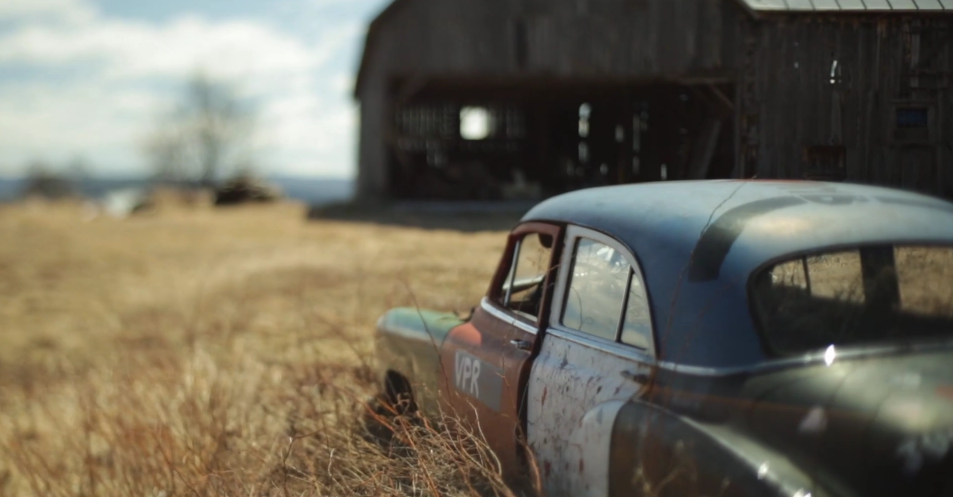 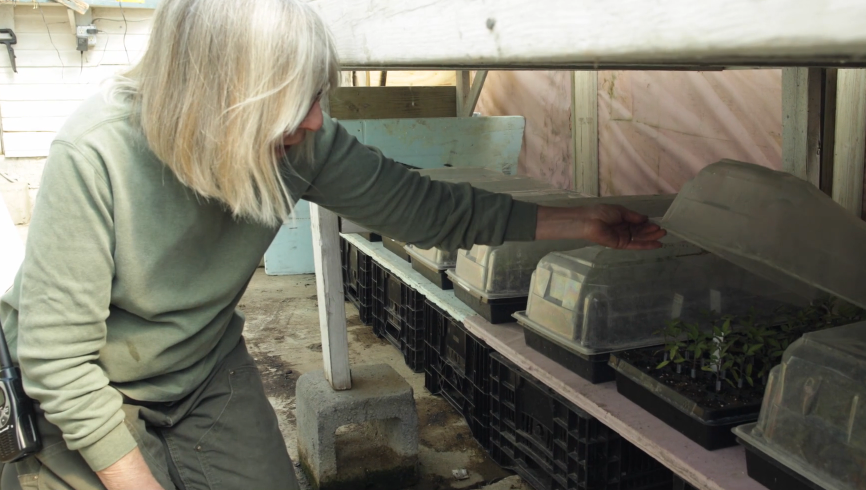 Cycles of Change the video by Ben Silberfarb, is part of a larger exhibit by the Norwich Preservation Commission, in collaboration with the Norwich Historical Society. We are talking about Norwich, VT here. The video and exhibit documents 8 working farms in Norwich (down from 40 in 1950 we learn), and is a reminder to cherish tried and true habits but also create and innovate when possible. 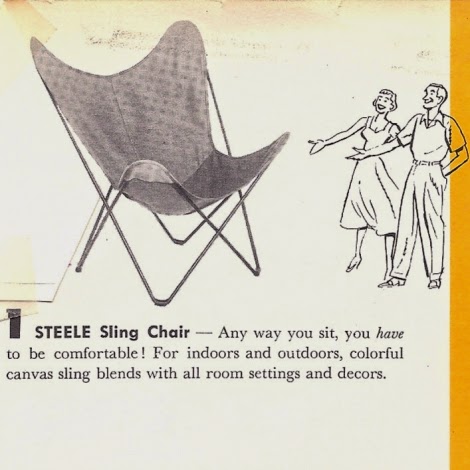 Don't call it a comeback... The venerable Steele Canvas Basket company has reintroduced their sling chair; full size and a half-pint version for kids. Fantastic. 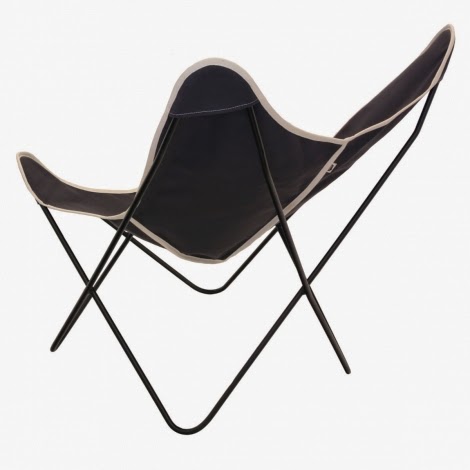 "First introduced in our 1960 catalog "10 Canvas Gift Ideas for the Homeowner", our sling chair is made with 1/2" U.S. cold rolled steel with a powder coated frame and an industrial grade #8 duck canvas sling... In case you're wondering, this solid steel framed sling chair does not collapse.......ever."

Available in a slew of colors [ponyhide? -ed.] and if you live close enough to visit the factory you can pickup and save the shipping. Williams Street, Chelsea, MA. Sorta near the Kayem hotdog factory if you know where that is... 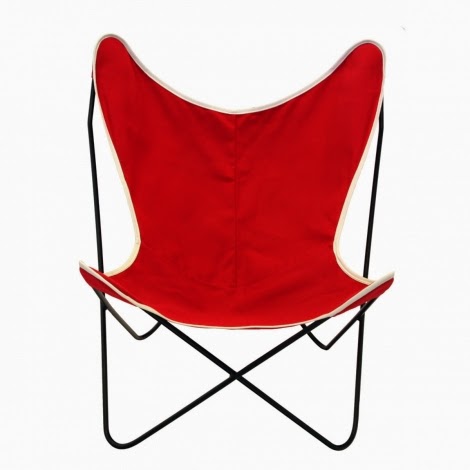 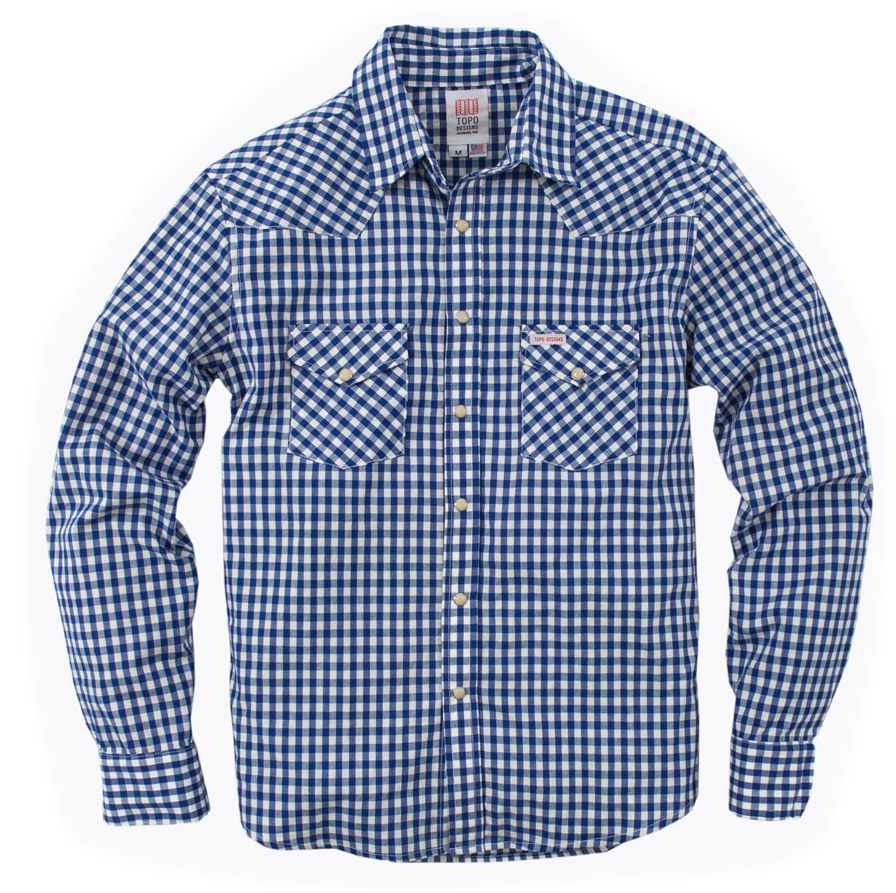 I am on record espousing the benefits of a little western in your shirting. Caveat below;


"...being aware of the history of the cowboy archetype is recommended here: "Fictional cowboys are never bored. Real cowboys were often so bored that they memorized the labels on tin cans and then played games to see how well they could recite them." — from a fantastic article called "Ten-Gallon Hero" by David B. Davis."

I'll still lurk on eBay for Sears Western Wear shirts just like this (see below) but they are pretty scarce now, and mine have all gone paper-thin. Luckily the guys at Topo Designs have the answer... just make them! All the details. Blue or red gingham. Made in the USA. $129.

Come on, it is a shirt that you can fix with a hammer! In the words of bad-Kermit, "nailed it". 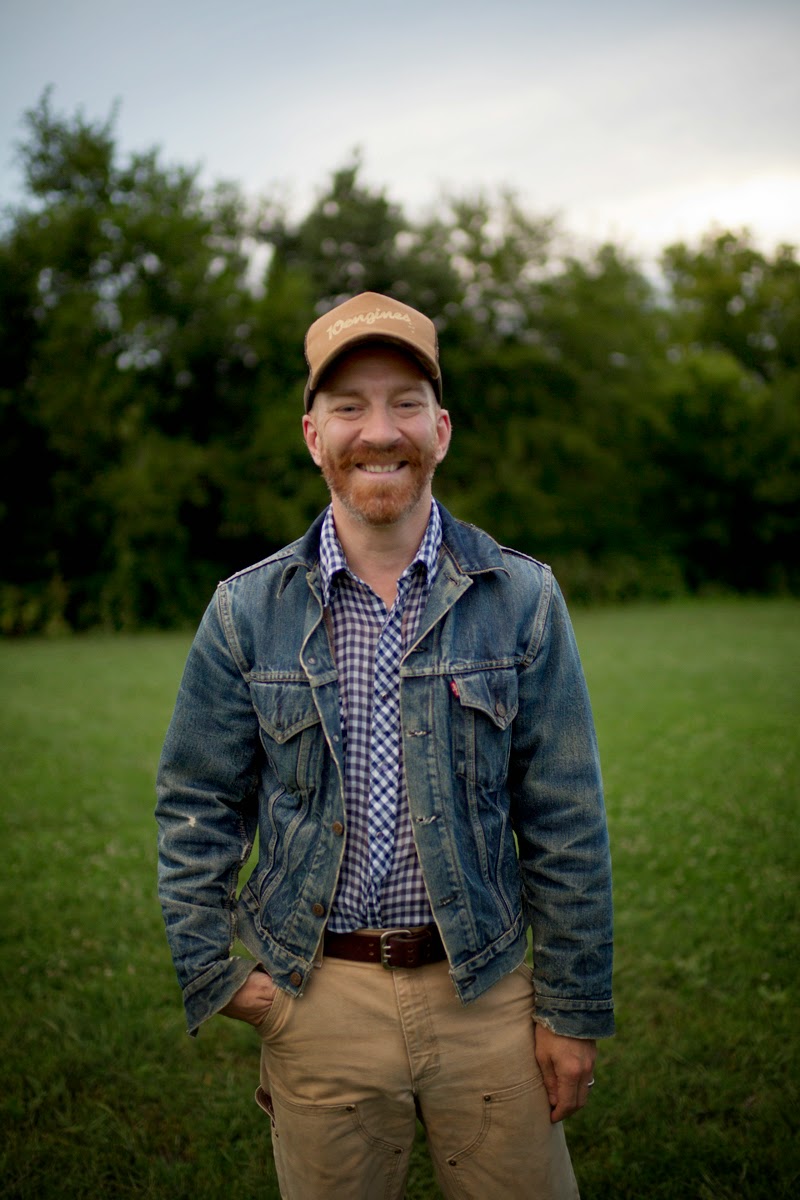 I have been thinking about this for a while. Especially since being cast as a lifestyle blogger and in the habit of producing (and so being inundated by) primers on "how to tie a bow tie", "shake a martini", "split a log" etc. Sure these are all worthwhile pursuits, and can be the foundation for a lifetime of conversation over their minutia, but one doesn't become a better parent for it. Make for a more interesting person? OK give you that. But in much the way any new found skill does. 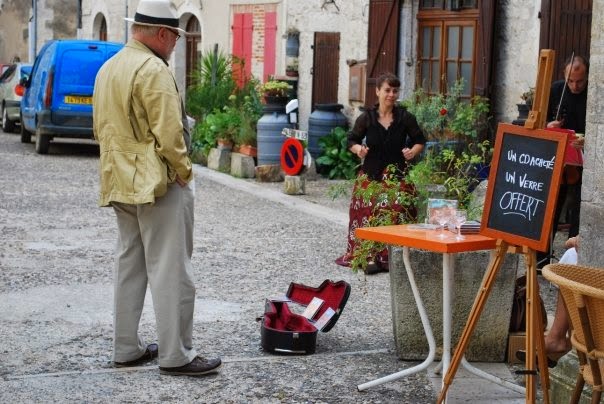 Pops wandering about in France. #uniform

I will certainly not presume to tell you, gentle reader, how to parent. But there are a few things I do appreciate about the old man;

Those rare occasions when he is silly. When we can get him to laugh. I mean 'lose it' laugh. Usually involves a rude joke have to admit.

He did infact teach me how to tie a bow-tie, shake a martini, shuck oysters and clams too. Also taught anyone nearby how to ride a horse, milk a cow, dig a post hole and plenty more. My mum taught us how to tie a long tie before we went off to school, probably cause the old man wasn't around - but that's another story.

He has the constitution of an ox, and a tireless work ethic. Will stay up late with company then be first one up in the morning to feed the animals or get on the roof in winter to attack an ice dam. Be careful if you gamely/drunkely agree to help the night before, as he will wake you up with a cup of tea and coveralls around 6am the next morning...

He will read every note and infographic in a museum. These visits become epic time-sinks... However I will sometimes call him rather than Google something. No joke.

Sure there was a plaque in our room growing up that said "children should be seen and not heard", but now he teaches the grandchildren to play music. He can play the cello, piano, and any wind or brass instrument including the sousaphone. Somehow I didn't get that gene.

This is the big one though. Pops kept his own aged father back at home with him until the end, rather than in a home. That allowed for grandpa's comfort, for our two young boys to get to know him (crazy coot), and many opportunities for my dad to be driven crazy. I wouldn't do it any other way... 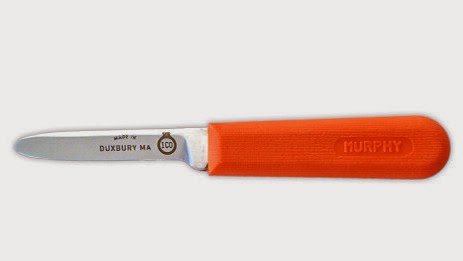 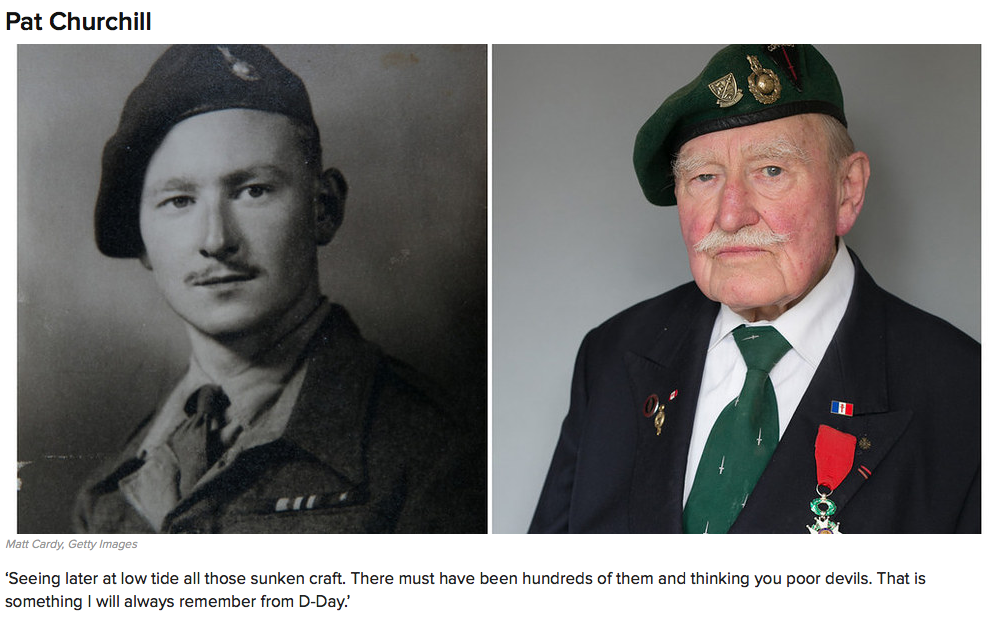 Buzzfeed has an amazing gallery of Normandy veterans today. And some great regimental ties on show. Pat Churchill here is wearing a Royal Marines Commando tie w/ regimental motif of a white dagger. 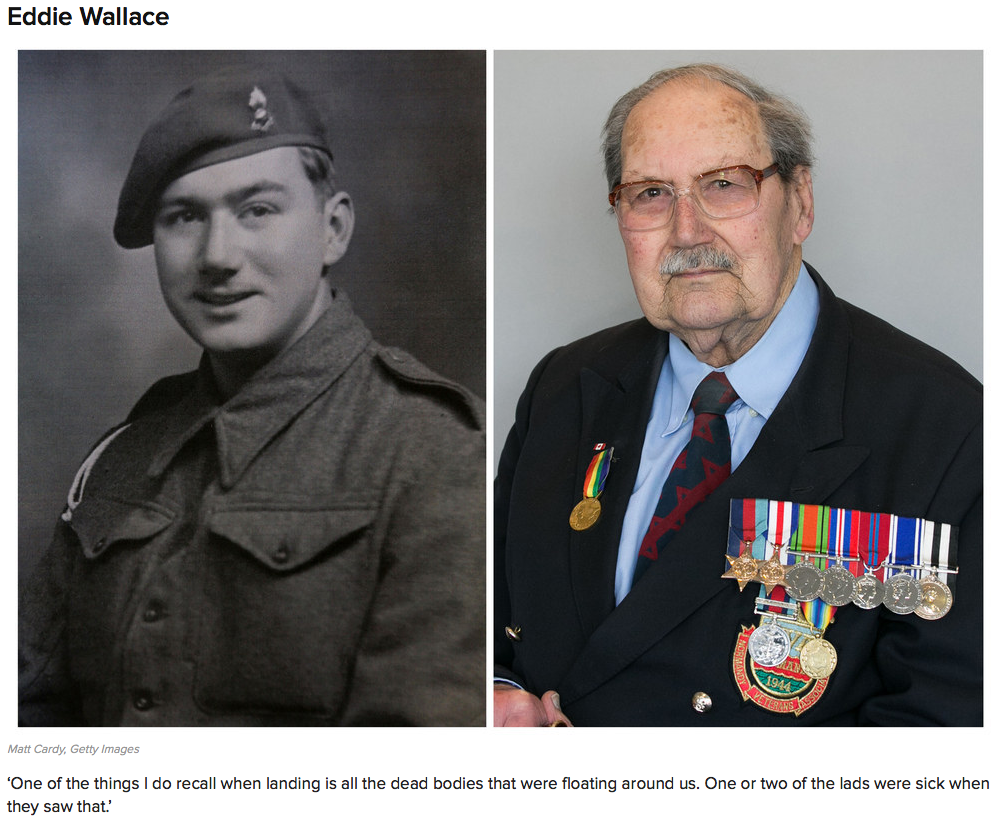 Another fantastic example thanks to Eddie Wallace - Honourable Artillery Company I think.

"What is the best way to store a library collection whose offsite holdings alone are mounting to ten million? What does it take to keep books at cold preserving temperatures and film reels at even colder ones?"

"The upcoming documentary Cold Storage, [by metaLAB(at)Harvard about Harvard University's book depository - ed] uncovers an ecosystem of laser scanners, UV fly zappers, cherry pickers and a mezzanine of machinery. It shows a place where books are sorted not by the methods of Dewey or those of the Library of Congress but by size."


All in a beautiful if slightly Kubrickian way...

"Hot linking" or displaying an image served up from another server not owned by you, was considered rude and a bandwidth leach in the early days of web development. Some still think that. But we now call it simply "embedding"...   And absolutely OK when you are embedding the image from an asset service which you control - which is not necessarily the CMS or web server.

Saving down, and re-serving images or gifs or video causes problems with attribution, see tumblr or pinterest. So get those photos tagged with metadata (in-camera or batch tagging afterwards) and you can then reclaim ownership.