"This wickedly funny and precisely observed psychodrama tells the story of a model Swedish family—handsome businessman Tomas, his willowy wife Ebba and their two blond children—on a skiing holiday in the French Alps. The sun is shining and the slopes are spectacular but during a lunch at a mountainside restaurant, an avalanche suddenly bears down on the happy diners. With people fleeing in all directions and his wife and children in a state of panic, Tomas makes a decision that will shake his marriage to its core and leave him struggling to reclaim his role as family patriarch."

This 2014 movie is directed by Ruben Ostlund - same director as The Square, another uncomfortable tensing commentary but that time on the art world.  Not sure if I find Force Majeure wickedly funny myself but taught as a wire observations on 'hope you dont recognize yourself' marriage and family life... You will never brush your teeth in silence again haha.    On that note the sound design of the whole movie really great.

If you have a forward thinking public library in your US town you can watch it right now on Kanopy streaming; https://www.kanopy.com/product/force-majeure

Force Majeure being re-released in an Americanized version on Valentines Day [O!!! -ed] with Julia Louis-Dreyfus and Will Ferrell as the parents in question.  But watch the original first... if you can... in one sitting. I had to break to ease the tension haha. You thought The (British) Office was cringe?? Watch Force Majeure...  And look forward to Kristofer Hivju returning for a cameo in the US version.... 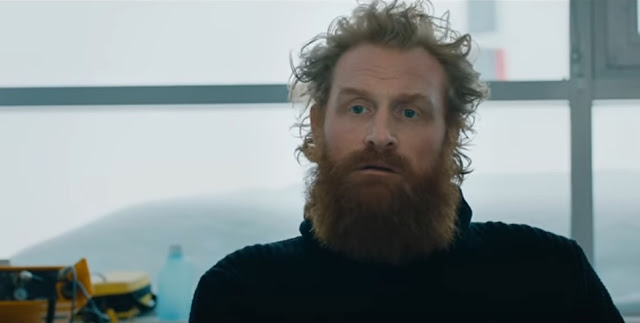