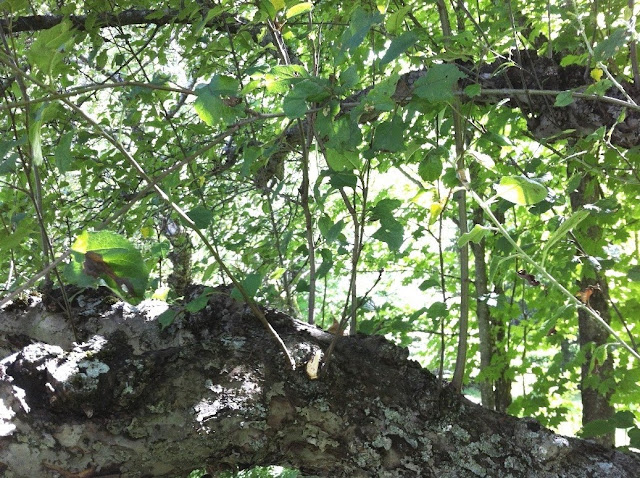 Remove a water sprout (vertical shoot) rather than an end branch or litter off the ground, as the shoots are green and whippy. Plus they will be removed when pruning anyway as a drain on the tree. 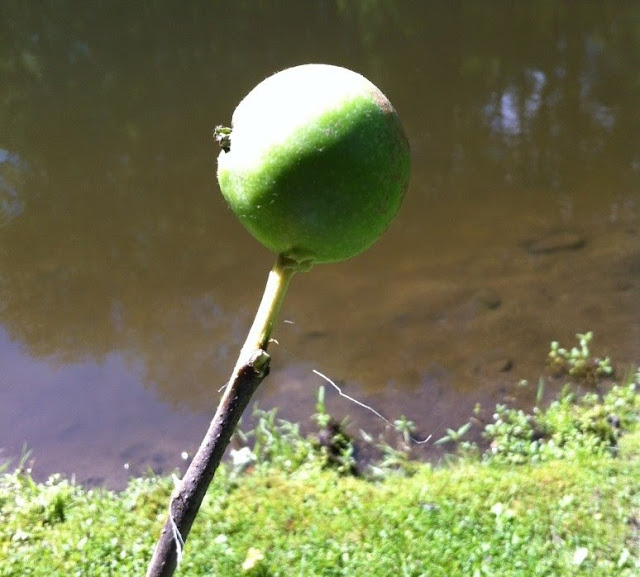 Peel off some bark from the thin end and jam on an apple. 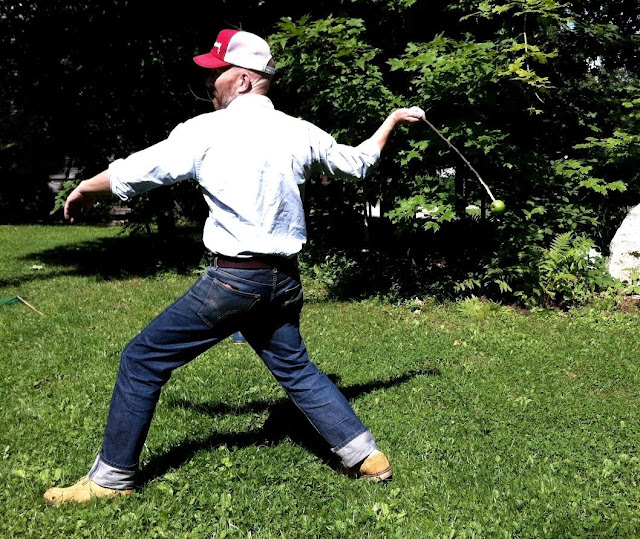 Kepp a good hold of the stick as you wing that sucker overhand [photo by the intern -ed.] and let apple fly off. 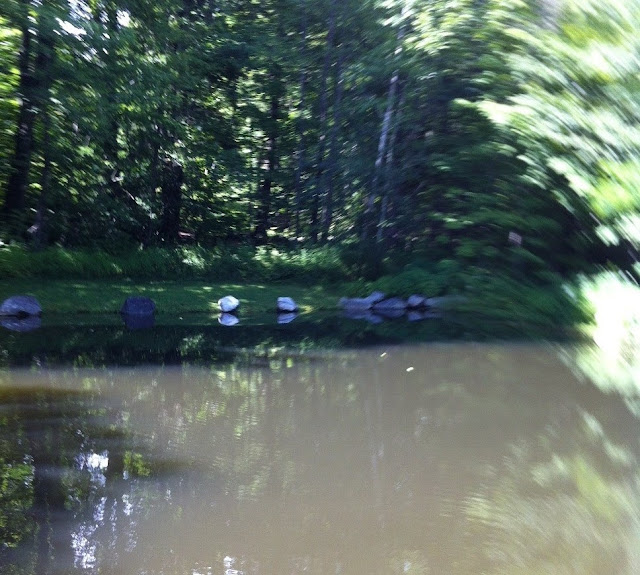 Apple POV cam before it obliterates into rock on far side. These things go incredibly fast so do not even think about zipping one at a friend. Srsly. Can also fling it straight up to land in the pond duck-fart style... #essentialskill