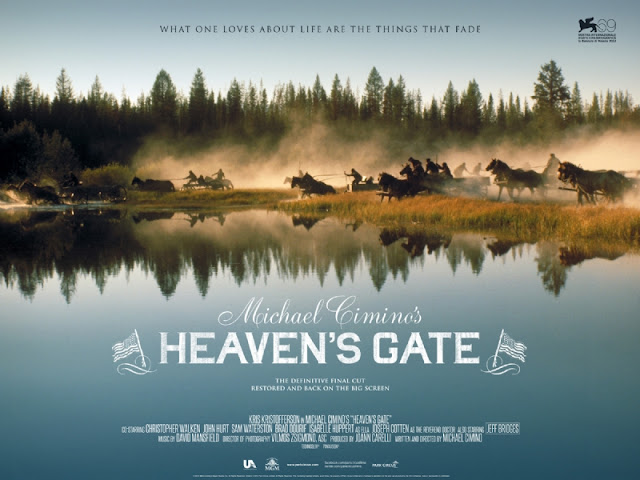 Michael "Deer Hunter" Cimino's 1980 masterflop Heaven's Gate is being rereleased in the UK in a director's cut that mirrors the Criterion edition (216 minutes). If you have never watched it (as poisoned by its lore as a disaster of a movie) at least have a look at the cast list; Kris Kristofferson, Christopher Walken, John Hurt, Sam Waterston, Brad Dourif, Isabelle Huppert, Jeff Bridges, Willem Dafoe (uncredited - though he narrates the "making of" youtube linked far below), Mickey Rourke (bit part), and a cast of thousands. Criterion gives 3 quick reasons to see it below and also gets the scale of this thing...

There is a fascinating doc about the trials and tribulations of making the film; Final Cut. #recommend.