Mainly due to the Brexit decision, the UK's pound Sterling/quid/sovs/sheets is weak against the dollar. Not 1:1 but was edging... Good time to revisit this post about using ebay.co.uk to snag a Barbour...

I interpret one of the planks of the "buy American" movement as meaning "buy goods from their original manufacturers". Boots and blankets should come from Minnesota, camping gear from Oregon (or California) and moccasins from Maine. Plus, coats come from North Dakota and pencils come from Pennsylvania... Right?

On that tack, a few months years back The Trad revealed a nice tip that should have been obvious but wasn't... when buying British goods, especially nicely aged stuff like say, a Barbour jacket, use British eBay. Bolt of lighting time...

"Ahem, a small word of advice that’ll save you a couple hundred bucks – - Go to Ebay UK for your Barbour. Dirt cheap and beat to hell for about $50. Throw in shipping for $30 and you have the real McCoy with distressed character." -Tintin (The Trad)


Excellent advice. Took a little watching but managed to snag [another -ed] "BARBOUR BEDALE Waxed jacket 38" for 16 pounds sterling - at the moment about $20. Insane.

In the UK a Barbour has some slightly loaded social connotations (i.e. you may be an upper class twit) but no doubt that is just my insecurity showing. Fine, fine piece of kit. The fit with the top pockets was discontinued in 1998 (?) - thus essential. 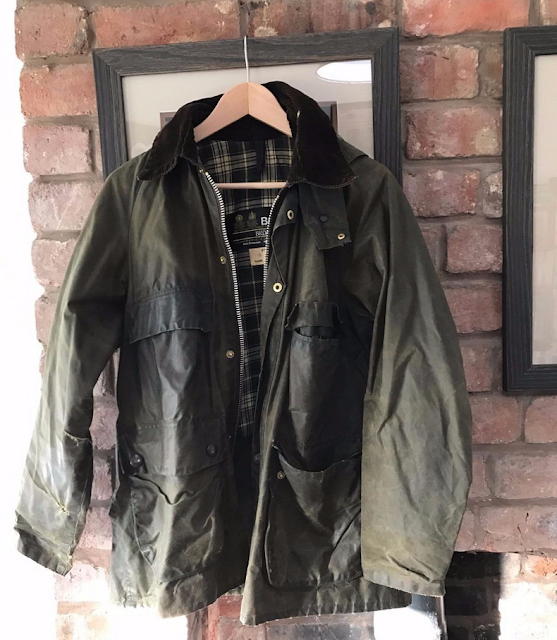 Related tip from Oma that I won't need this time, "distress a Barbour to avoid the ignominy of appearing to have a new one... elastic bands wound round the arms and leave it in the back of the car for the dogs to trample on." 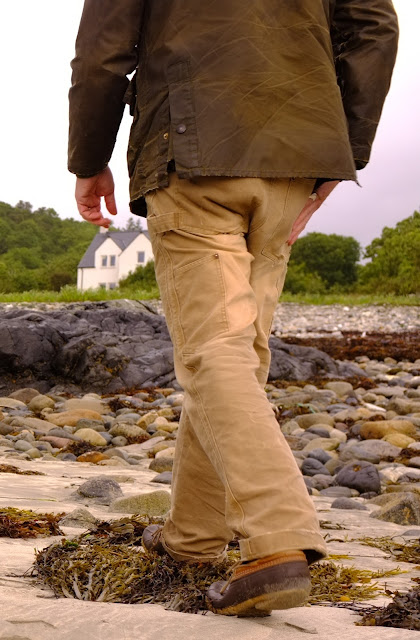