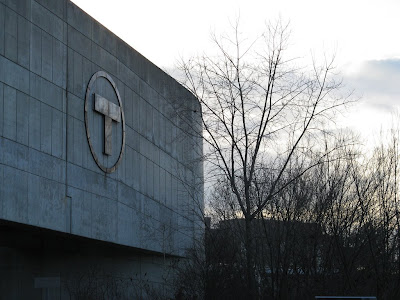 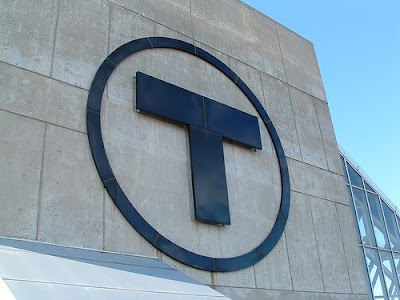 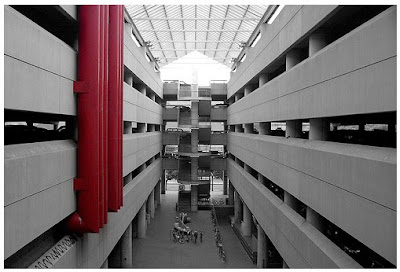 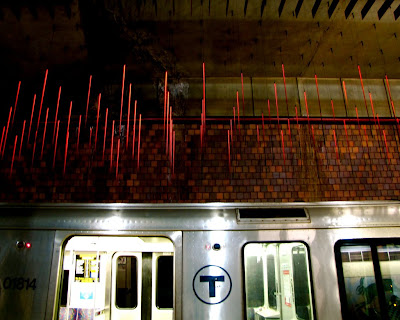 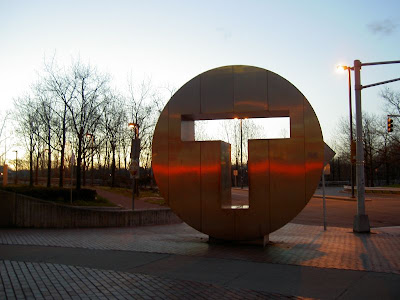 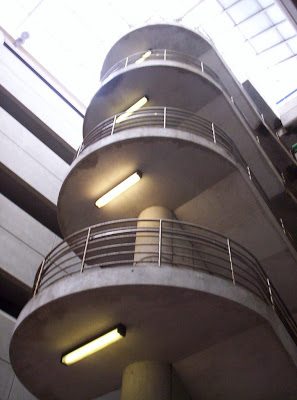 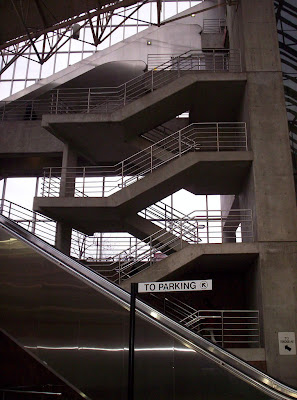 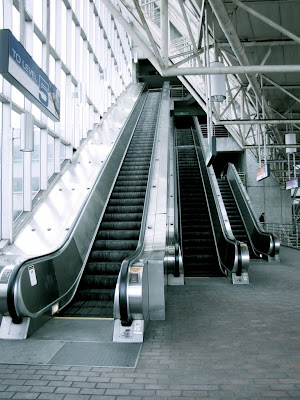 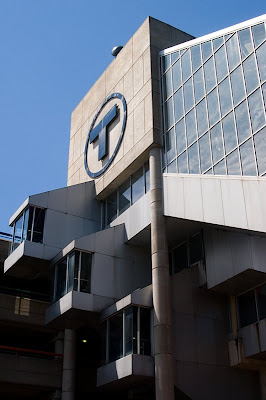 I love Alewife, the "T" station that starts (or ends dending on how you see it) the Red Line on the MBTA (Massachusetts Bay Transit Authority).

Not kidding, I love it's brutalist style, it has all the ambiance of a mugger's urinal1. When approaching Boston on Route 2 from the west it is a landmark, but also a demarcation line that says, ok, the grimy city starts HERE. With those enormous "circle-T" signs that adorn the station, what you won't hear people ask is "where is the T?"

The structure was designed by Ellenzweig an architecture firm in Cambridge, Massachusetts and unveiled in 1985. If you have never been, it is positivly warm and fuzzy compared to Boston's City Hall...

1 That phrase was once used to describe London's Barbican Center. I can't remember the source but it is part of the vocab now.