paddington -please look after this bear 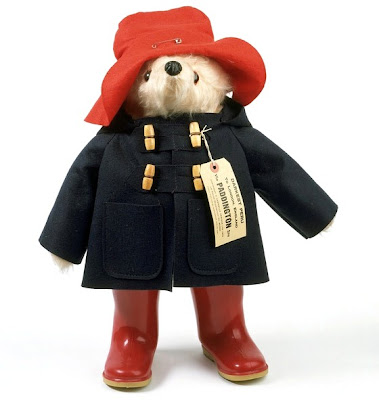 Not every child in Britain had a Paddington Bear toy... maybe just every child born in the 70's. Sort of went with the toggle coat fashion of the times too (colloquially "paddington jacket"). There are a lot of reprints of this Michael Bond penned series about a marmalade eating bear from darkest Peru, found at Paddington station and taken in by the nice Brown family -prefer the Peggy Fortnum illustrated ones. PB would approve of this Marmalade Cake recipe via Caught By the River (a huge angling site, with sections on drink/music/prose/cake... worth a look).

This is probably old news to most but last year the British savoury-yeast-extracty foodstuff Marmite produced a clever ad riffing on their "love it or hate it" image, as below. The paper-mation style comes from the original tv series if you hadn't seen it before. Actually don't care for Marmite mysel' but do go for yeast-extracty Twiglets...