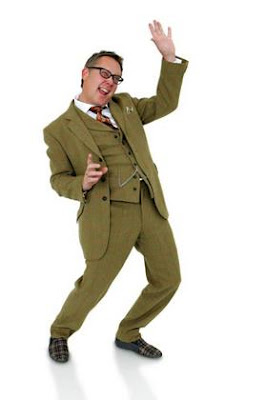 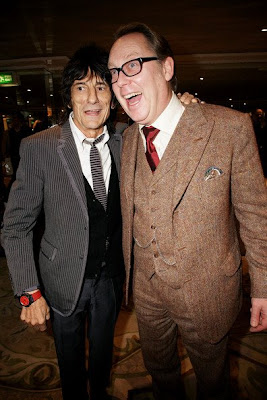 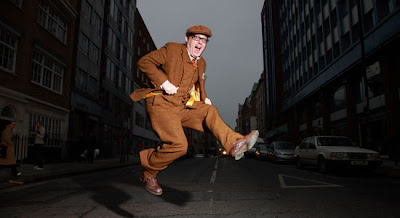 Vic is a British comedian who came to fame in 1991 with his variety/comedy show Vic Reeves Big Night Out. He always had a very tailored stage presence, earlier with an Elvis '68 Special look and then morphing to more mod suits and cool-old-man-country-gent. His sidekick Bob Mortimer was a sharp dresser too, though usually "new" Savile Row tailoring. The show is a bit of an acquired taste, especially seeing it cold, on youtube, rather than as a primer for going out on a Friday night (was it Fridays... can't remember) anyway loved the free thinking humour.

Vic recently hosted the first part of a series by UKTV Brilliant Britain (get oddball celebs to highlight one of their favourite Britsh-isms... great premise but reviews are dire, the Vic clip looks ok, but Goldie visiting a pig farm, no). In Vic's episode he designs a tweed suit from scratch. The clip here has Vic visiting the Outer Hebrides, sees the cloth for his new suit being hand-woven by a local crofter before it is sent to his London tailor. Can't embed it... so click HERE to watch. A quick primer on Reeves' style if you have never heard of him... 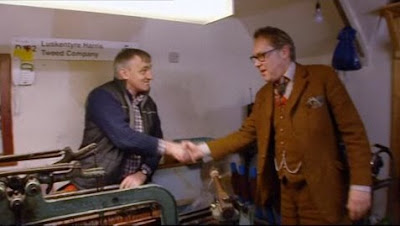