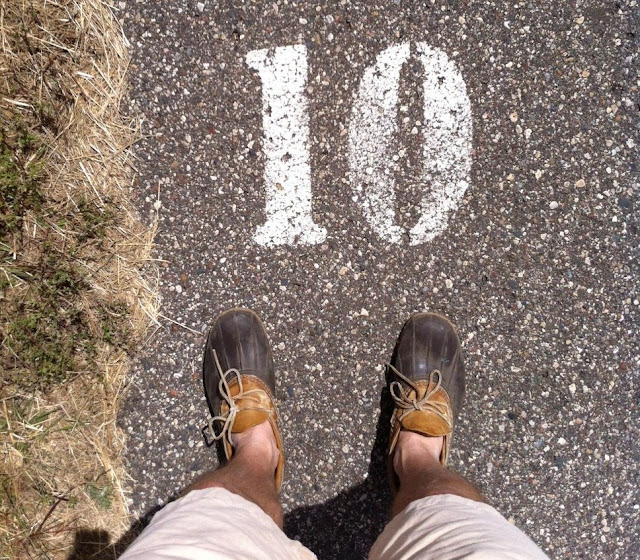 It is county fair season - and not sure if it rolls west to east but we had our first hit in the mid-west - a small Ag fair in Minnesota. Missed the demo derby (never seen one actually) but the fairground itself was nice and small. Less than 10 rows of parking. $10 for the whole carload of us. Great vibe. Was actually cool out; maybe 70 but a nice breeze. 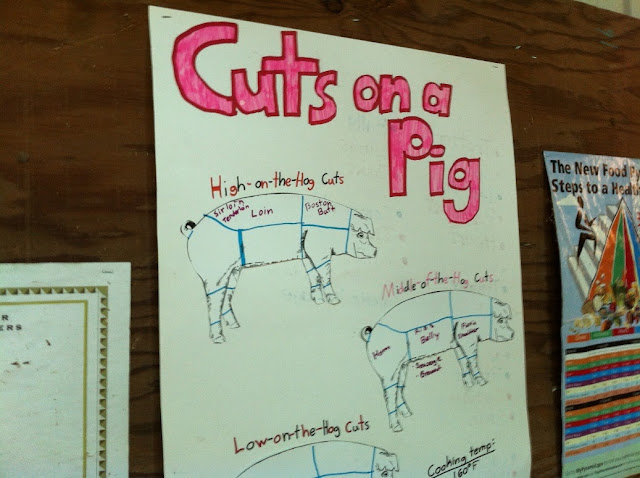 I didn't realize this was the etymology for "living high on the hog"... 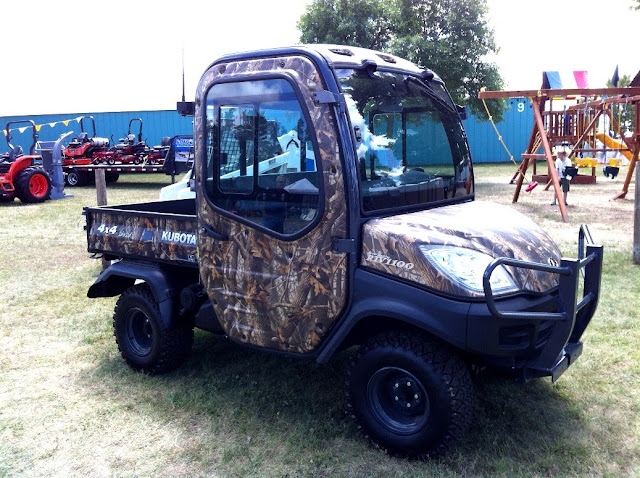 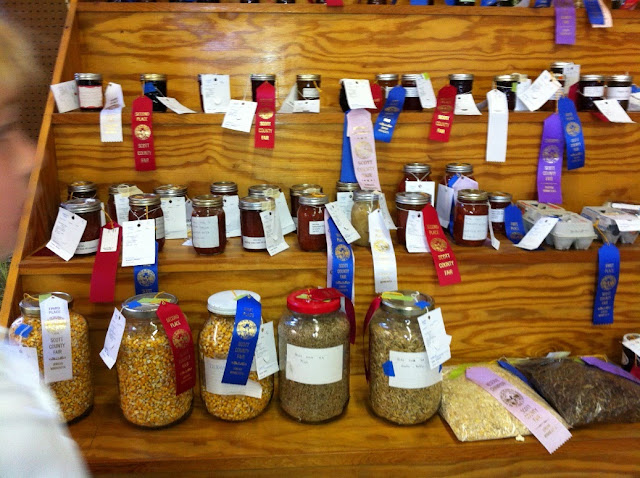 The 4-H presence was big. Love this sort of thing; "best jar of corn" etc. Pops entered a VT fair for best "3 chickens young" and walked home with the blue ribbon. Only entrant but still... At busy fairs being an entrant is sometimes a backdoor way to get good parking or a tent space. #themoreyouknow 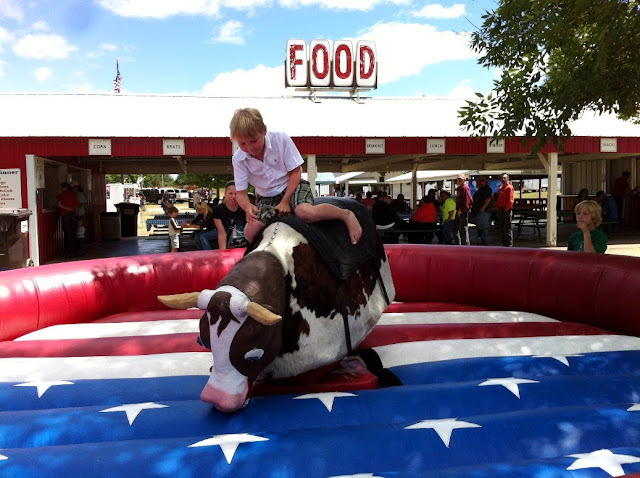 Over the handlebars! #brats #corndogs #food 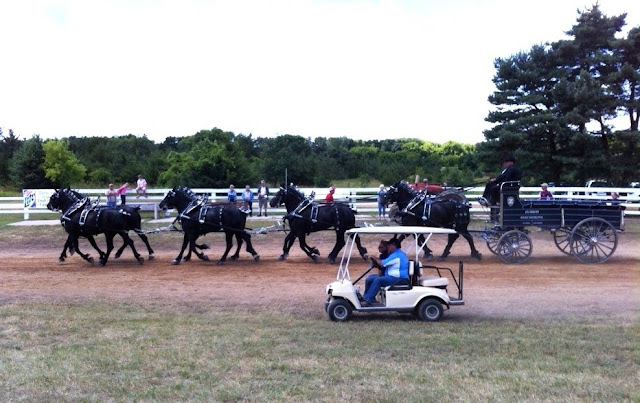 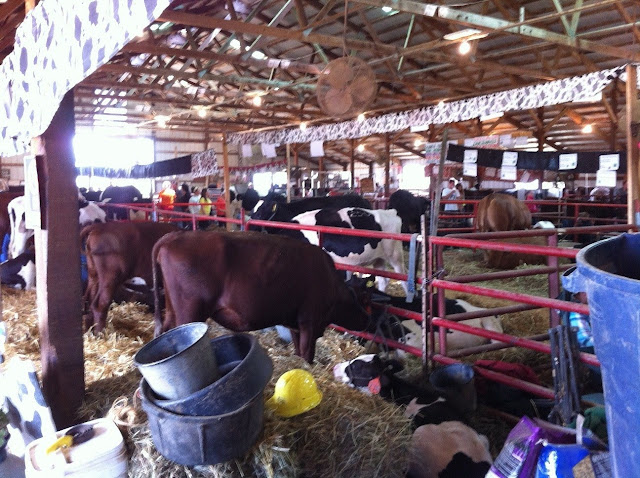 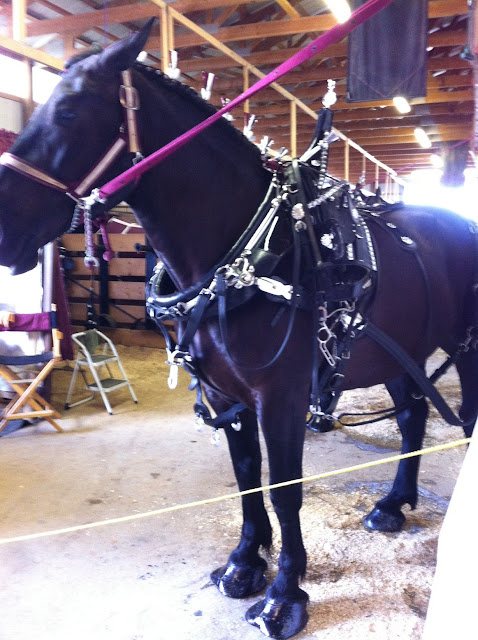 This guy was well over 6 1/2 feet. Check the wide hooves though -  tough to see but the shoes have a turn up "lip" and were essentially a plate underneath... don't know too much about show horses though we used to have a drafthorse and assisting the farrier as he battled with "Pete" was always a tough day. 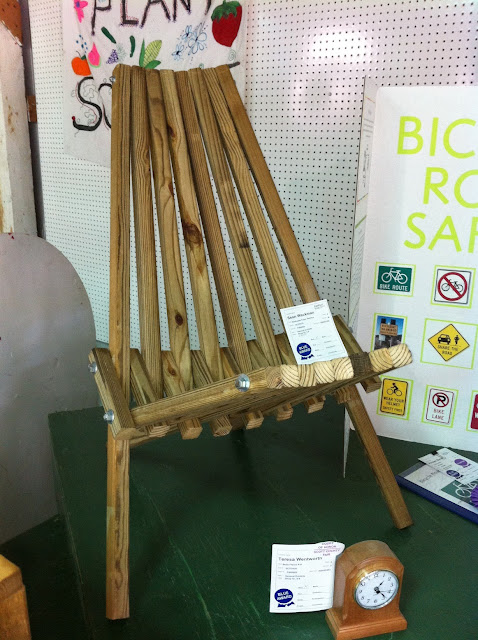 More 4-H crafts. Could go for one of these. Anyone know the name of this style??

We have the calender marked for The Tunbridge World's Fair and maybe the Fryeburg Fair, both in September.