The Harris Tweed industry has been in a major state of flux this summer after the patterns available were reduced by management, the "finished cloth...shipped to China, where it is made into the kind of jacket Boris Johnson’s dad might reject as too old-fashioned"...the full update at the Times Online. From the Times article it looks like The Harris Tweed Authority is waking up. This is like "champagne"...there can be only 1 region, you would have to be a fool to let this die out. Earlier reports from the Scotsman here. 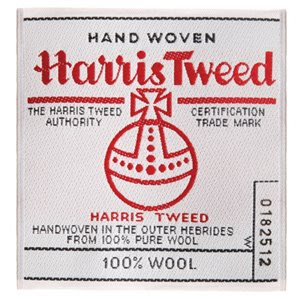 Only if the tweed fabric meets the specification of the Harris Tweed Authority can the Orb label be granted, that is protected by Parliament. The Orb label with a reference number relates to the weaver that produced the tweed. Yes Nike produced some heinous tweed dunks last year...but having a full 3 piece bulletproof tweed walking suit should be a matter of importance for every right thinking man...no??

Found these limited edition converse from japan (natch') on flickr, not sure about the black rubber...would prefer off white or something. Anyway, thx to thingsimade. 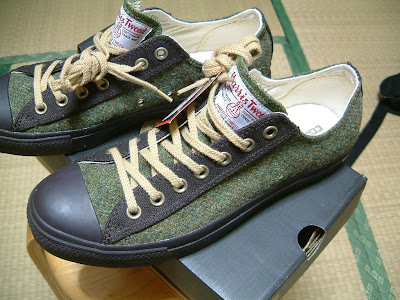