One of my favorite Vermont fencepost brands (that I thought was a little unsung to tell the truth) is Johnson Woolen Mills. But dig beyond the US based website and you can find Beams collaborations and a million colorways of the Happy Vest... big in Japan as they say.

The renaissance of Johnson Woolen Mills — arguably the most iconic of all Vermont brands — began in 1998. Like many mills of its kind, the Johnson enterprise had a rich and storied history, but by the late '90s it was teetering. The mill had lost money for 12 straight years starting in 1986, and Stacy Manosh's father, Delmar, was looking to sell. There were few takers, of course, but Stacy decided she couldn't bear to see the company close, so she and her ex-husband, local entrepreneur Howard Manosh, bought it from Stacy's father. Stacy was ecstatic that the fate of her beloved family business — she is the fourth generation of the Barrows family to own and run the company — was finally in her hands. She decided to pour everything she had into making it a success again.

"This is a very hard business to survive in," Stacy says. "I feel like we're the last of the Mohicans. Of the hundreds of mills operating in the United States, there's only four left and we're the only one in New England. We, like Woolrich, and most other American companies, could have our products made overseas, but we don't want to. I want the heart and soul of northern Vermont to continue to be an essential ingredient in every piece of woolen wear we make.

On the other hand," she says with a smile, "you can sell Vermonters only so many sets of hunting clothes, so we had to do something new."
-via Vermont Life

"Longley-Wood [Rachel Longley-Wood, manager of the JWM factory store] says that about 35 people work in the factory, "but we're expanding. Japan is buying from us. It's the lively colors."

At a time when most American clothing is made overseas, more than 80 percent of the Johnson Woolen Mills' revenue comes from overseas sales, as the company had to find some way to expand beyond its traditional base. No one needs more than one hunting outfit, and Johnson woolens seem almost indestructible."
-via BostonGlobe

The real itch I want to scratch is learning more about the Malone (Adirondack) plaid that JWM uses. I had the muted grey plaid as a jacket years ago, and the woolen pants (sometimes called iceman or icecutter's pants) are seriously bulletproof (maybe not as easy a sell for everyone...) anyway that will be in part 2. Good old data mining below. 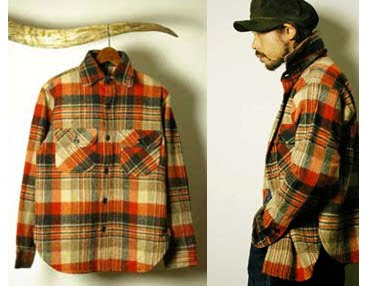 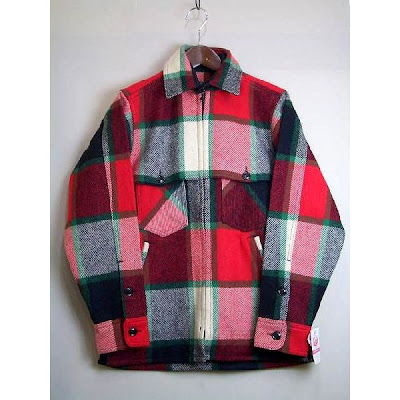 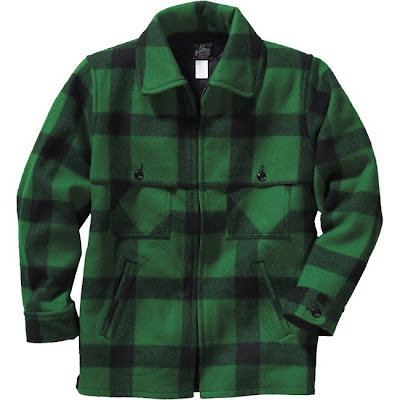 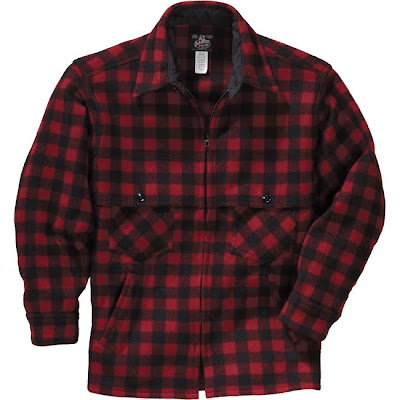 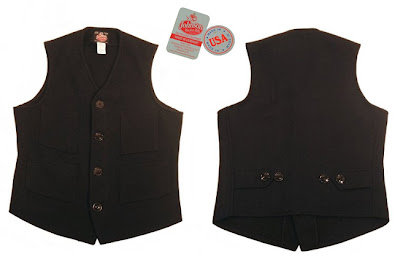 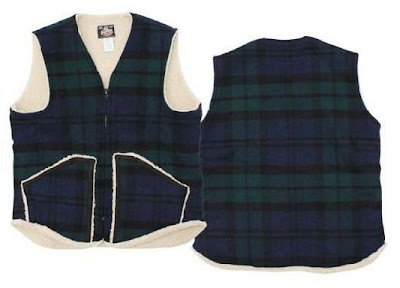 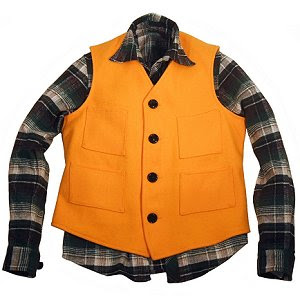 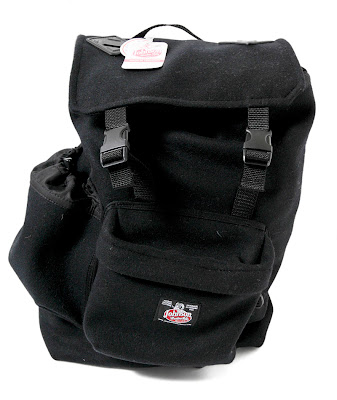 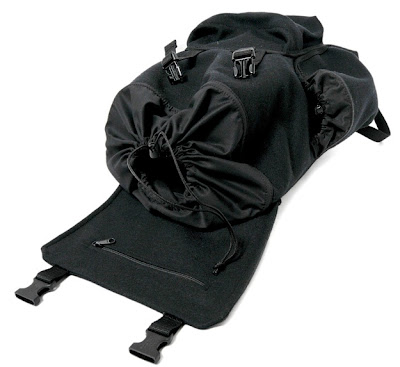 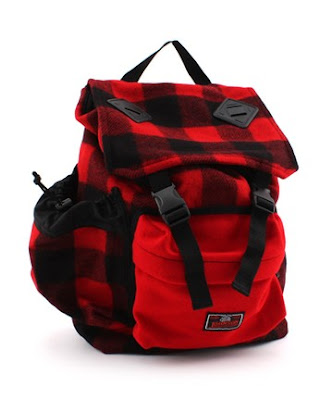 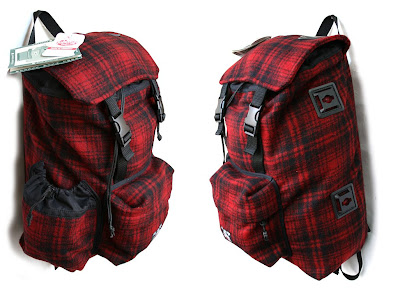 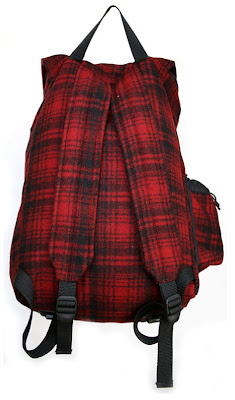