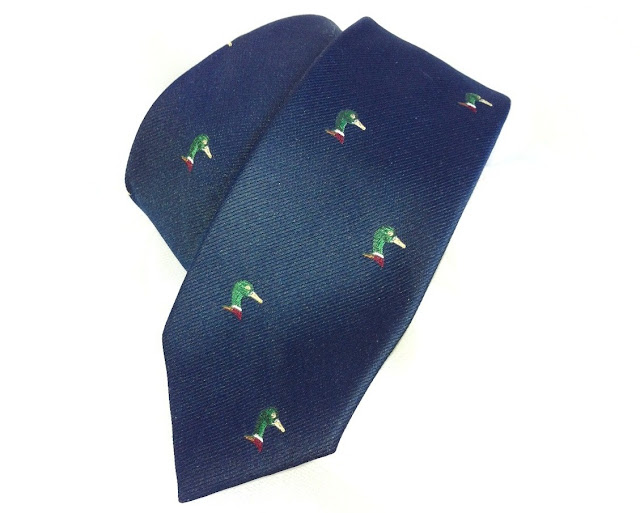 Not related to Duckhead khakis I don't believe - but rather made by Pintail (big in polyester embroidered tie world... see here). Thrifty score. 25¢.

It has been a while so will revisit the "fridays are tie days" slogan... Activate Major Gowen. 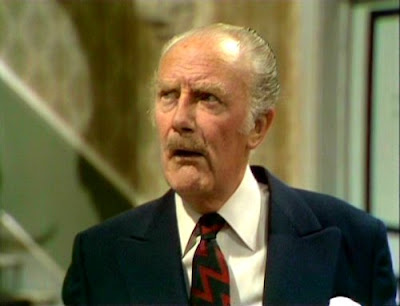 The opposite of casual  Friday.. Fridays are tie days was a tradition for many British regiments including the Royal Artillery, in which Major Gowen (resident in the comedy Fawlty Towers) served. This particular tie below is often called the Gunner Tie, and might work for those that are averse to regimental stripes (i.e. me). Long/short, it is still a regimental tie, but the lightning pattern really takes it into geometric land. 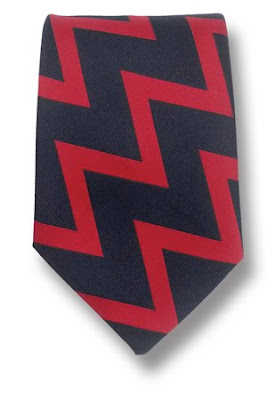 "The inspiration for the character of The Major in Fawlty Towers was said to be one Captain Lancaster — John Cleese's Latin teacher as a young lad... Major Gowen, played by Ballard Berkeley was a bumbling, quintessential stiff upper lipped English gentleman. And proud of it! ...The only thing more important to Major Gowen than the arrival of the newspapers to keep himself abreast of the cricket scores was the opening of the bar."
-via FawltySite.


Sidenote: repp ties are so-called for the weave; nothing to do with reputation or clubs or schools. A repp tie was made from silk that's woven in such a way as to produce tight diagonal ribs. Often, striped ties for schools, clubs, and regiments are rep ties, but not all rep ties are school/regiment etc..


Most silk neckwear is produced in only a few weaves: rep (with longitudinal ribs), ottoman (with crosswise ribs), crepe (with a broad range of grained surface effects) and faille (with conspicuous crosswise ribs).
-G. Bruce Boyer