Recently connected with the Resident Archivist at Carhartt, Inc., Dave Moore, who has been tasked with creating their physical archive from the materials at hand - as well as setting an agenda for collections and processes.

Many 10e readers share my fascination with this storied brand and its place in the workwear canon. I have noted before that Carhartt seemed a little late-to-the-party to formally organize an archive, so very interested to hear what is happening now and any academic principals that guided their decisions.

Read Part 2 of this interview below - for those just joining go back and start at Inside the Carhartt Archive - Part 1.  Thanks again Dave!

10E: Personally I am a fanatical collector of the Carhartt Centennial 1889-1989 collection. Systematically there seemed to be a change in design ethos just after this period [1989 -ed.]; looser cuts to pants, exploring other materials, manufacturing etc. Were the Centennial items simply those at hand with custom buttons and tags added? 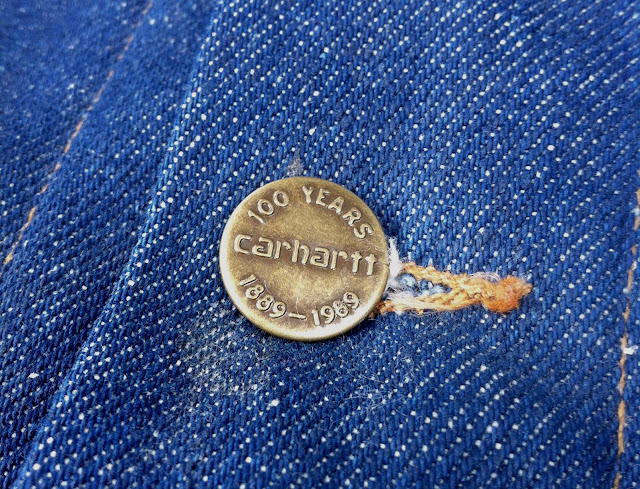 DM: The story of the Carhartt centennial line is relatively simple - we put a commemorative patch on our existing products! The company wanted to celebrate the anniversary, but also stay committed to its core offerings. Unique items from 1989 include mesh-back caps in denim and brown duck with special patches-- they were offered to customers as promotional pieces 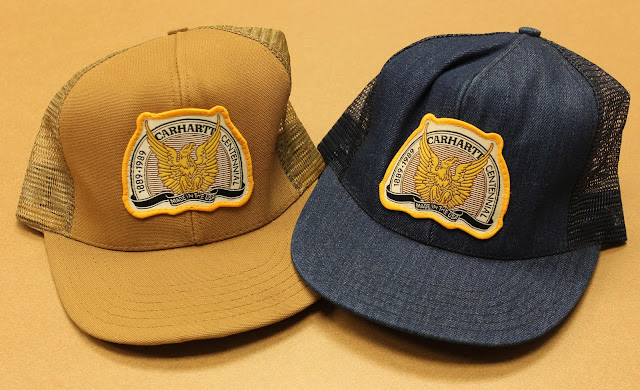 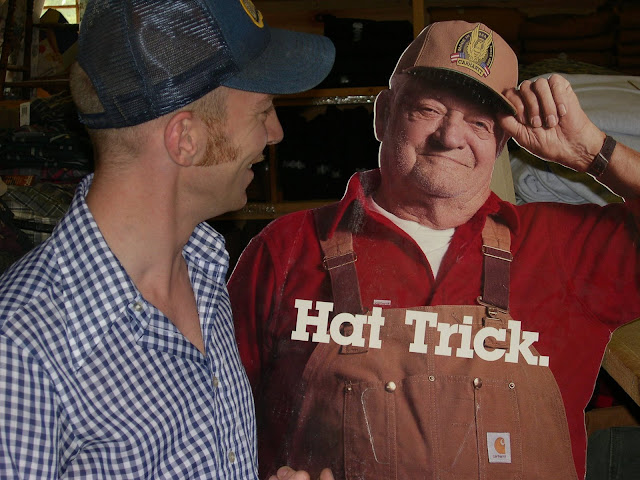 DM: Carhartt’s centennial in 1989 was not specifically an impetus for change in and of itself, but rather occurred at a time that the company was already undergoing growth and beginning to expand its product offerings. Carhartt had purchased a company called the Gross Galesburg Co. about 10 years earlier, which was used as a vehicle to test the waters for more casual clothing. When ‘89 came around, items like sweatshirts had been fully integrated into the line. As the ‘90s progressed, the product offerings grew by leaps and bounds. Up until this era, production capacity had been a major limiting factor for growth. The acquisition of numerous plants leading up to the centennial basically allowed the company to produce new items while still maintaining consistent production of core garments, which will always be the heart of the product line.

10E: Was Car-Lux part of the 1980s hunting line that slowly was dropped? Who researched and surfaced that spongy material for making Car-Lux happen?

DM: CAR-LUX™ was an inner shell material bonded to 100% polyurethane insulation for extra warmth. It had lightweight flocked nylon fibers that trapped air for warmth without adding extra bulk. Carhartt originally introduced it in sweatshirts in 1990, which were available in a wide variety of colors and camo patterns. While we don’t use this designation anymore, our European-based licensee, Carhartt Work in Progress, still does. 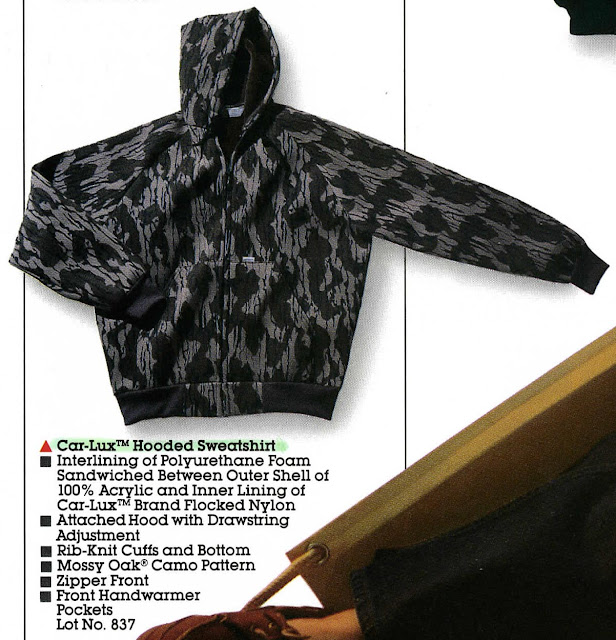 CAR-LUX was more of a result of Carhartt’s expansion into sweatshirts and casual clothes, as these garments were offered in many different colors, patterns, etc. However, the company stayed committed to serving the outdoors consumer by offering products like this in various camo patterns and blaze orange. The CAR-LUX designation began to be used in 1990, but the products were actually introduced in ‘88 using the name Vellux for the lining. This was a material first developed back in the ‘60s in the Pepperell Mills of Biddeford, Maine. [love this sort of info... -ed] 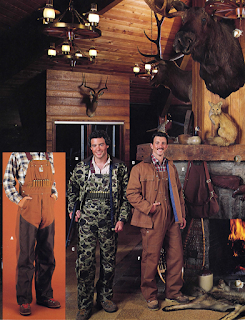 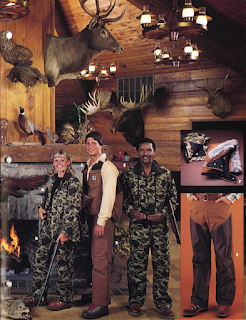 10E: Do you communicate much with Carhartt WIP (Europe)?

DM: I do communicate with WIP, and their requests tend to focus more on information about the formative years of the company and founder Hamilton Carhartt. 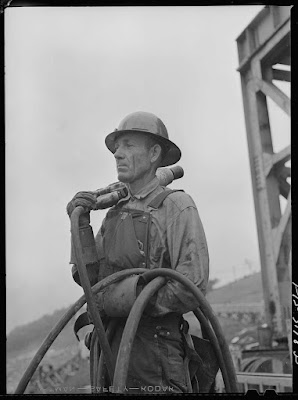 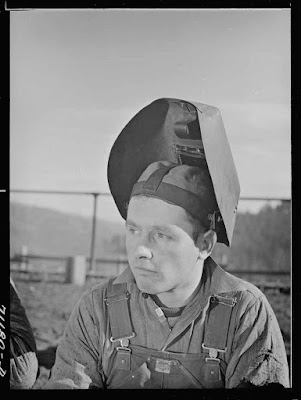 Images courtesy of the Library of Congress


10E: You told the story on the call of people returning garments with letters - could you provide an example to illustrate?

DM: Extract from one letter attached;


"I purchased these lined bib overalls in 1976. I’m a farmer, and my daily chores – driving a tractor, and planting and harvesting various crops – proved rather demanding on them, causing occasional rips and tears, but my wife always repaired the overalls as needed. Many years and many repairs later, she passed away.

After a time, I developed a friendship with a neighbor who carried on the tradition of repairing the overalls before she too passed on. Now, twenty years later, the bibs have outlived both my wife and my neighbor so I thought it time to return the overalls to their Carhartt." 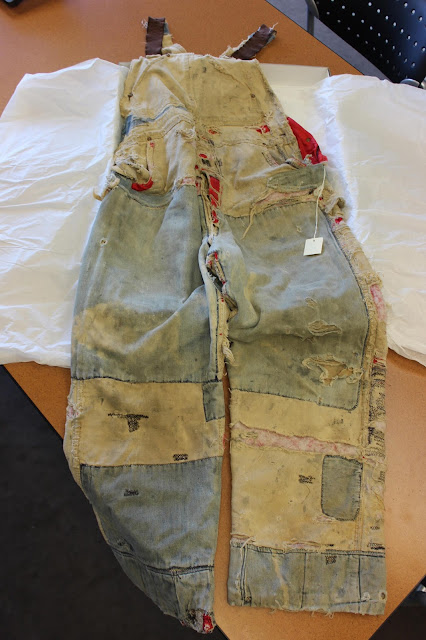 10E: What are some pieces you really strive to collect? Any unique features on older coats (like map pockets - but more than that...) you have found?

DM: I am a big fan of the “Government Style” khaki coat that appeared in Carhartt’s catalog in the early ‘20s. The four pleats on the front give it a really distinctive look 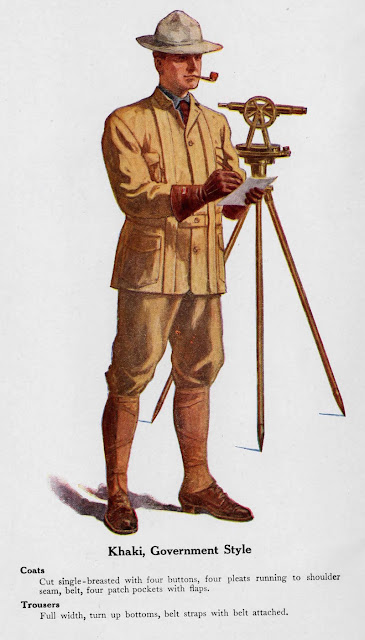 As far as unique features go, you could find them everywhere on our Super Dux outdoor clothes in the ‘30s. On the classic Hunting Coat, there were features and pockets for every accessory… “On the left inside there is a practical match scratcher and below this is a pocket large enough to hold a quart Stanley bottle, also a set-in pocket large enough to accommodate license, axe stone, or other useful articles.

The match 'scratcher' - for the man who has everything... Some great stuff - thank you again Dave Moore and Carhartt for dipping into the past. Cheers!

Did you miss Part 1 of this interview?