10E2554: The Latest Portrait of the Rural Northeast by Sumner McKane

The latest project from 10e fave Sumner McKane is The Northeast by Eastern. Sumner gave us loggers In The Blood, travelling photographers through The Maine Frontier, and rumrunners Only Smuggling.  This latest expolers the archive of Eastern Illustrating, a postcard company which inadvertently now serves as a record of rural life in the early 20thC of upstate New England.

These 'docu-exhibits' by McKane are performed with live music in townhalls/galleries/libraries in Maine and farther afield as history lessons as much as entertainment. Have him visit your school or support the latest project here.

"When Spring would arrive in the Northeast, the traveling photographer/salesmen from the Belfast, Maine-based, Eastern illustrating and Publishing Company would pack up their cameras, catalogues, and order books, and head out on the road, seeking buyers and markets for their unique “real photo” postcards. 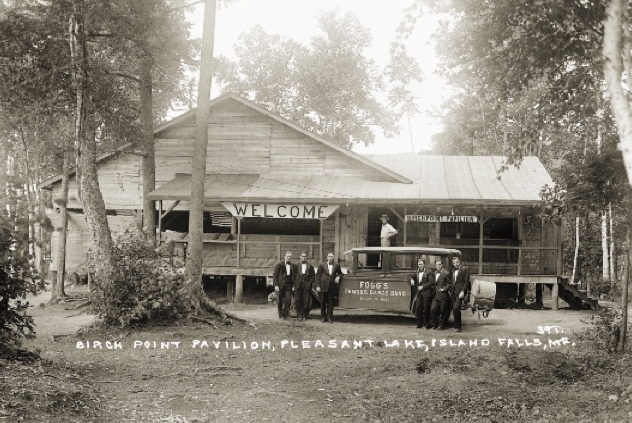 Between 1909-1940, Eastern’s photographers captured roughly 100,000 views on glass plate negatives. These views captured towns that are no longer on maps, towns that we never knew existed, our home towns, and they captured, thoroughly, a way of life in the rural northeast in the early 20th century."