10E2266: The Maine Frontier - a docu-exhibit by Sumner McKane

Long-time followers may remember a history project a year or so ago called In The Blood about Maine logging. The creator Sumner McKane has delved into the archives again to create The Maine Frontier: Through The Lens of Isaac Walton Simpson, which combines photography of 19thC Mainer Isaac Simpson with film, oral histories, and music. "The Maine Frontier is an illustration of family, work, community and culture in northern Maine at the turn-of-the-century." 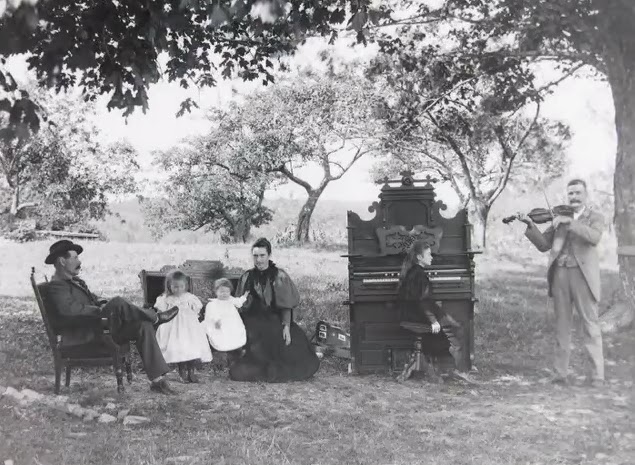 "The project is centered around a collection of over 1500 photos taken just after the turn-of-the-century by Isaac Simpson: photographer, blacksmith, barber, musician, woodsman, mechanic, and Father of 13." 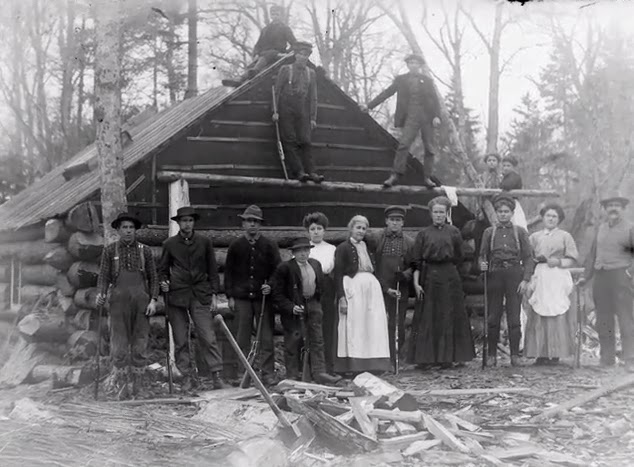 "Simpson's subjects included scarcely documented families living in the woods, who's sole purpose was to hew railroad ties for the new lines of the Bangor & Aroostook RR. He photographed woods camps that were established only to cut shoe-blocks (wooden foot forms that were used to fit shoes). He photographed the crews constructing and excavating- by hand- the railroad, and the mill in Millinocket, tarpaper shacks, shanties, homes of the well-to-do, women in logging camps and on farms… His photographs document the exploration of the roots and conditions of his native land and neighbors." 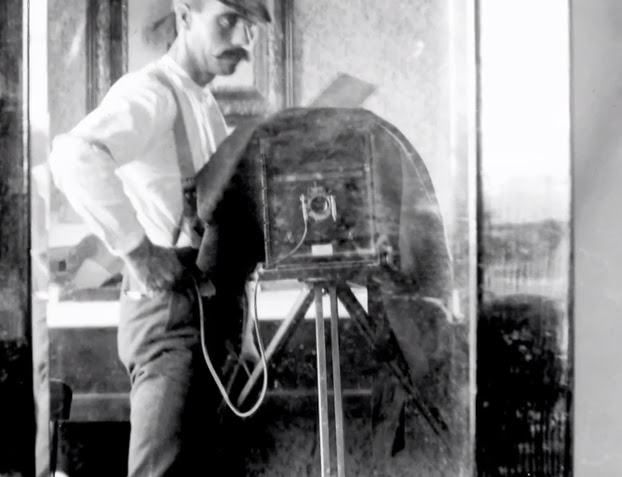 "Isaac's wife Effie is another hero of the Maine Frontier. Effie exemplifies a woman's life at the time. As Isaac was often working away from home, Effie was responsible for everything an early 20th century home in the country-filled with 13 kids- required: cooking, knitting, baking, planting, dressing. She would cook, clean, can vegetables, and plant during the day. At night in the Winter she would knit woolen goods for Isaac to bring into the woods camps to sell to the crews."

McKane was recently awarded the 2014 Media and Performing Arts fellowship from the Maine Arts Commission - part of that no doubt because he takes these docu-exhibits into school and other spaces to connect New England youth with their own history. Congrats!