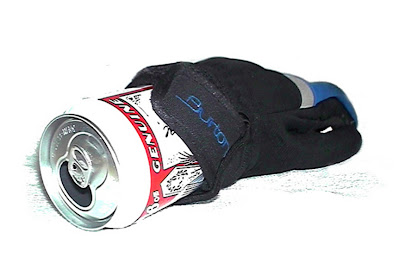 Guilty pleasure here, no not drinking bud... pipe gloves. Above, old Burton's, who were in early on this idea, though i remember people using crosscountry gloves quite a bit in the springtime before anyone made gloves especially for the task. Anyway...have a bit of a thing for these now and the designs are getting ridic'. Had been looking for the below from Drop and just found them now, they were actually last year's (not sure they ever made it out??) but love the Levi's homage. Found them for $15 from REI. 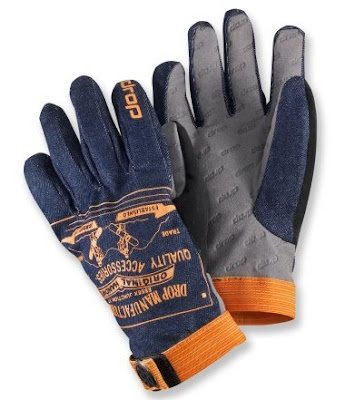 The game changers were Danny Kass and Grenade Gloves though. Remember 2001; Danny took the top spot at the USOpen fronting Grenade Gloves as his sponsor... the beauty of it was, he didn't even wear gloves. The gloves hadn't even been made at that point. Still the Grenade crew had already sprayed/bombed the grenade logo over every mountain in the US...and there was no actual product. Brilliant. Further reading. They have really legitimized (ironically) the category of "glove company" in snowboarding. [NB: i am not affiliated w Kass and co. at all... he did yell "Open Season baby!" into the camera once though... nice young man.] 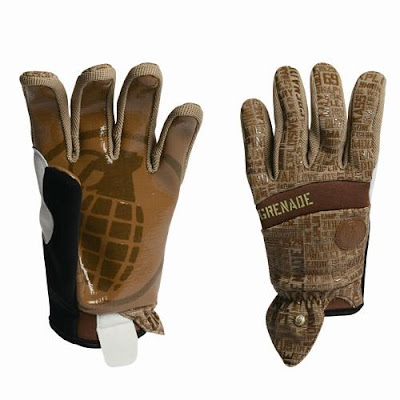 Still like to be an old codger and wear lifties or old chainsaw gloves though... especially on the busy days. 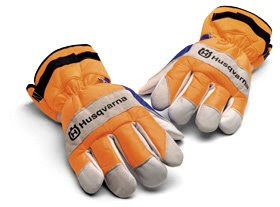