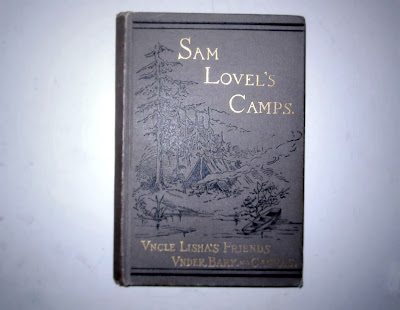 Written by Rowland Evans Robinson in 1889, Sam Lovel's Camps (subtitle Uncle Lisha's friends under bark and canvas) was a sequel to his successful Uncle Lisha's Shop. I had not heard of it before... thought I was up on my 19thC Vermont writers, obviously not.

Robinson created a whole world built around the fictitious town of Danvis, VT populated with farmers, trappers, loggers and canucks. In many of the books (including here) he wrote the dialog in full-on Yankee dialect. Or French-Canadian drawl. Practically impenetrable. Read and enjoy the dry humored explanatory note below. 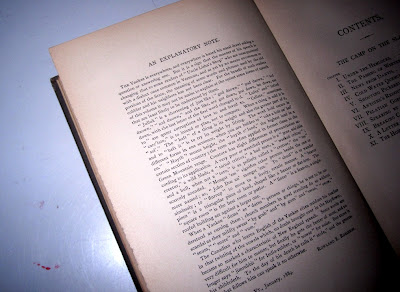 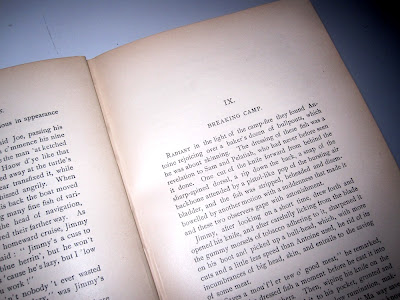 This and many of his other works can be read and downloaded at the Internet Archive. I found this Forest&Stream published first edition a little while ago; inscribed inside "to father, 1892". Take that Kindle...

His parents were abolitionists, and he wrote his best works later when he was blind. Further reading at The Atlantic Monthly who wrote a fantastic obit for him in 1901.