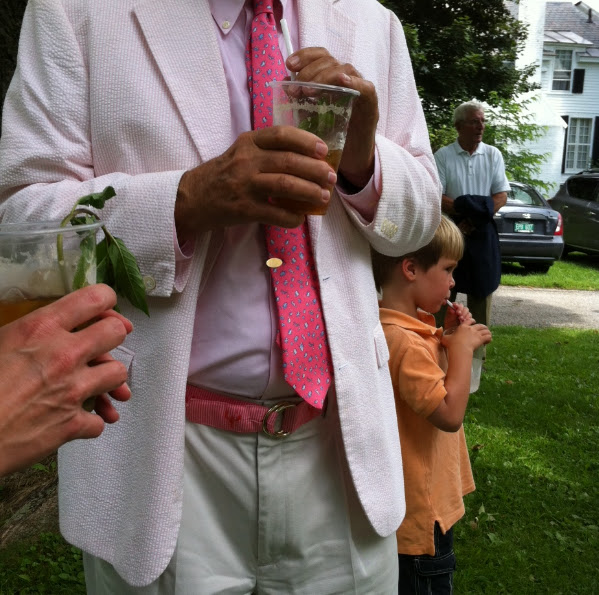 Sure pink lobster belt, pink seersucker... but the cufflink-esqe tie clip... mindblown. Most gents were in the "The Uniform" - blue blazers and khakis. Not cotton, gabardines for darn's sake... Pinkish tweed slippers w/ Lilly (below) - well played Mrs. Cufflink. 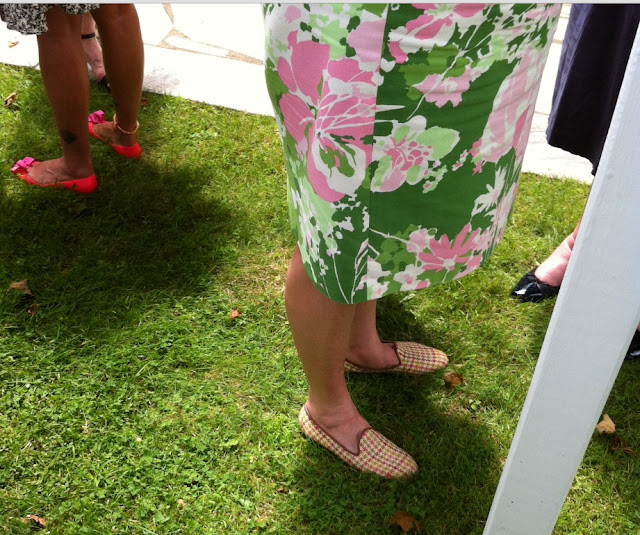 An elder gent had missed the early service so came along to the 11 (ends at 12, so one can have a drink after I assume... "completely different crowd" he told me...). Took me to school w/ his seersuck/mocassin combo. #newshorts #trainingwheels #gumshoes 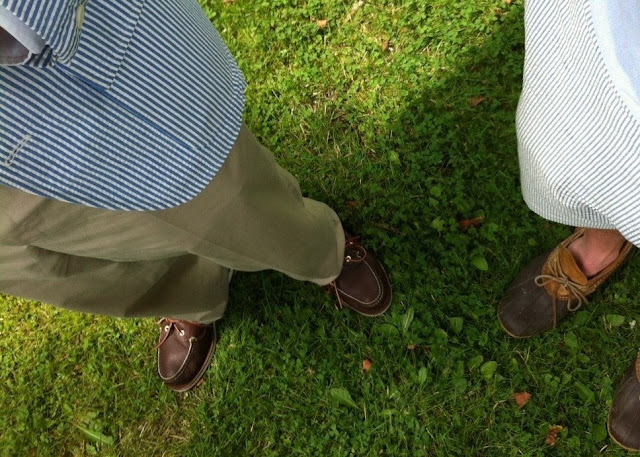 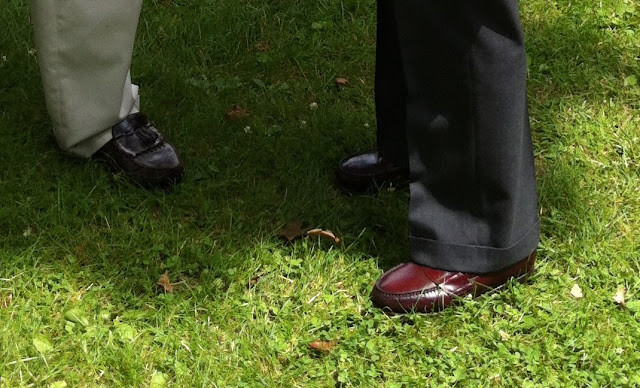 Pennies or tassels. Why not both! Lobster and cracked crab for everybody. Andy Murray won his third set about 5 minutes later.