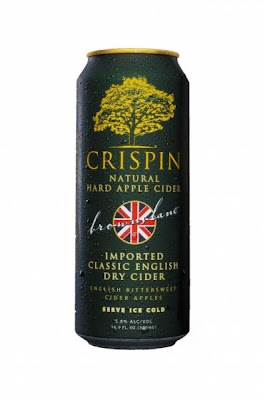 The latest offering from the Crispin Cider Company in Minneapolis, MN is a cider 100% pressed, fermented and produced in England. "Crisply effervescent cider made with traditional English bittersweet cider apples sourced in the Malvern Hills of Worcestershire." Sounds good. 5.8ABV so tread lightly glass jawed types.

Browns Lane in Coventry, England was originally built as a World War II shadow factory run by the Daimler Motor Company. In 1951 it was leased by Jaguar Cars and remained the company's home until 2005. It was the site of all Jaguar production until 1998...
-thanks wiki.