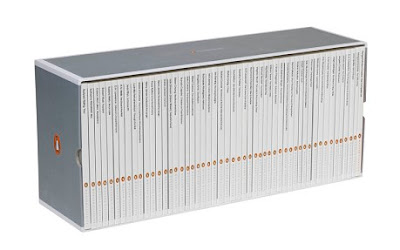 Buy it here, or enter to win it here.

Penguin Modern Classics began in 1961, when an unconventional Penguin editor – Tony Godwin – decided that authors of his time were producing books that deserved classic status just as much as the works of Dickens or Homer. Many of the early titles published in the list (including Franz Kafka's Metamorphosis, Carson McCuller's The Heart is a Lonely Hunter and F. Scott Fitzgerald's The Great Gatsby) are still considered landmark classics.

The result was Penguin Modern Classics, with their distinctive grey spines and evocative pictorial covers. Many of them were given eye-opening, avant-garde images by the legendary designer Germano Facetti...
via PenguinUK