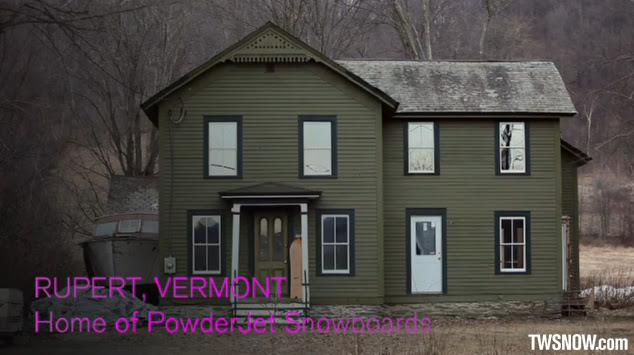 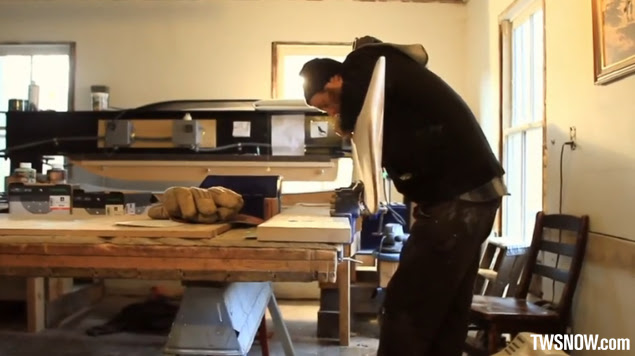 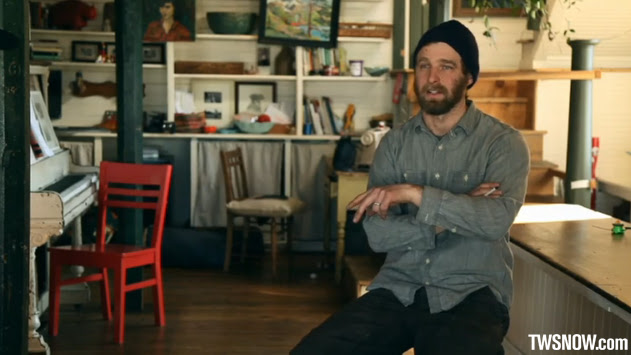 Images above from Snow Craft: EP 1 via Transworld.tv

Have mentioned this guy Jesse and PowderJets (his homemade snowboards) before, but he recently launched a Kickstarter and maybe you'd like to see more??


"I would like to produce a run of 25 of these new models this winter [add a recycled UHMW (Ultra-high-molecular-weight polyethylene - I had to look it up too) plastic base to the current wooden decks - then the PowderJet can carve up the backcountry and the groomers - JL]. I have the R&D done. I have the experience to build them. I have all of the machinery required. The Kickstarter campaign will pay for the new molds and materials I need to make the new boards. If the campaign is funded, the boards will be out there this winter. If you want, you can be riding one of them." - Jesse Loomis

Some kickstarters out there are moonshot, and others are cheeky pre-sale. This project has a pretty low threshold and is half funded already - so even if you just want a shirt and stickers and some mailable kindling (great phrase for a wooden postcard...) you can make a big difference. Link. 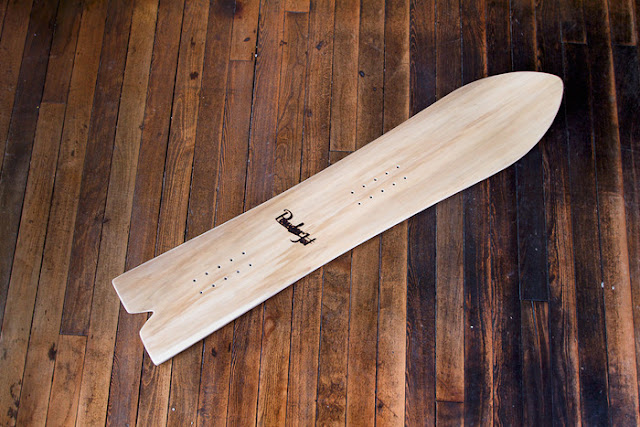 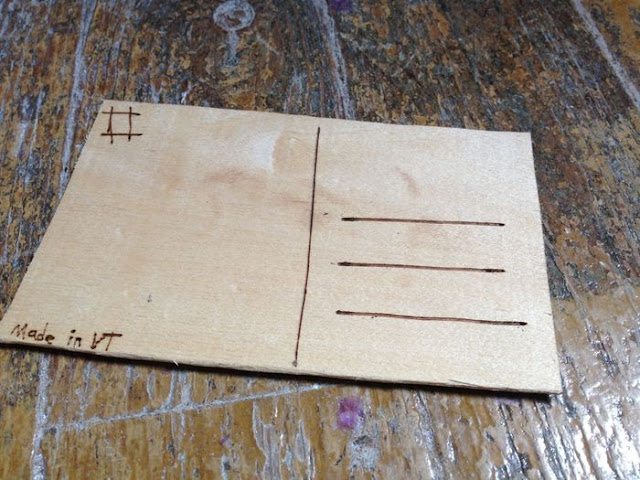