Only recently available in bottles (brewed in Burlington VT) Switchback is a non-denominational ale "developed as a flavor concept". It is carbonated during fermentation by the yeast itself (like champagne in that sense), it is then moved to the bottle unfiltered. You will notice the yeast particles in the glass that settle in a few moments - but you are encouraged to drink w/ yeast present. Anyhow, 22oz bottles for about $4. Not available in MA yet I don't believe. Good stuff. 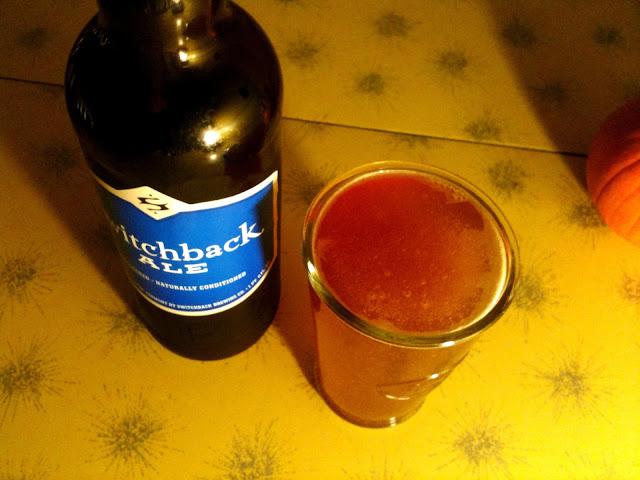 Has been a huge success so far, as per their press release;


"11/5/12 Burlington, VT: Switchback Brewing Company has sold over 100,000 bottles of Switchback Ale in Vermont in the first five days following the October 22nd release da
te. The overwhelming response and demand for Switchback Ale in bottles has depleted over a months worth of inventory that the brewery packaged prior to the highly anticipated release date. ...Our entire five week reserve plus our week six production sold out the very first week."