10E2093: Forging Competition - This Is What A Farrier Does 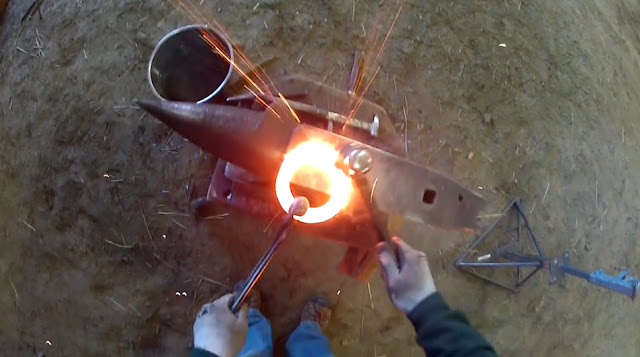 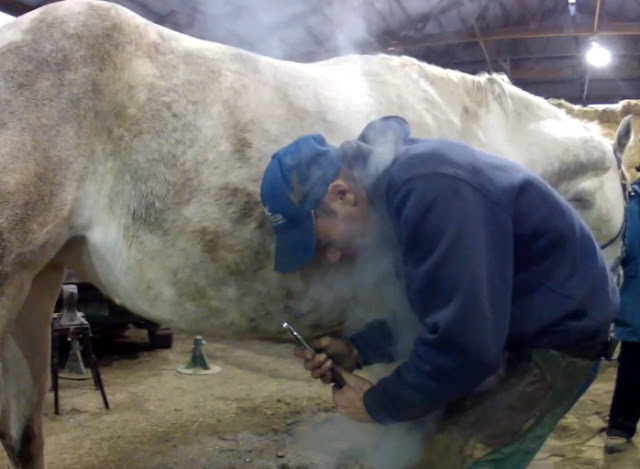 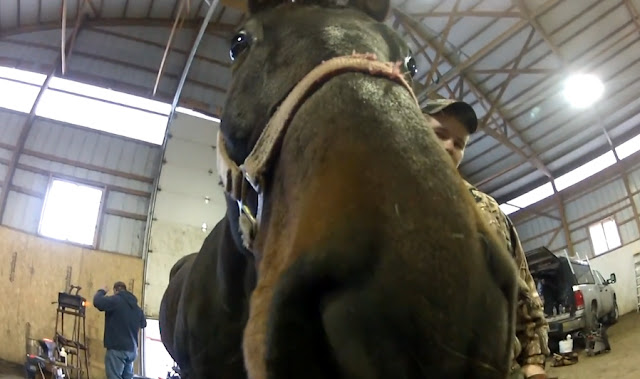 The Contest - This is what a Farrier does. from hoofwork on Vimeo.

Video from a farriers competition/clinic in Ira, Vermont. Cool to see these guys get the bullet-time treatment. There are many types of farrier; from the horse-whispers to the old-time-twist-their-nose guys; I don't support the latter. An ancient guy that shod our old draft-horse (and had handled him for perhaps 20 years before that when he was the post office horse in town), they used to battle, and he'd have to tie a back foot up. Both participants are now dead, Pete in a backhoe ditch where he dropped... Hell that old man was tough though. "God dammit Pete!" he'd yell as sweat dripped off his 90 pound frame.