As usual at 10e, this is not a definitive history (feel free to jump in/correct), just some data-mining and a desktop vacation. Did find this nice potted history as below;

The Adirondack basket, or "Split" basket as it is sometimes called, has been around for many decades. In the 19th and 20th centuries the Iroquoian-Mohawk and the Algonquin Native Americans perfected the making of these Black Ash baskets to use in their everyday life. These baskets were made not only for themselves, but also for the "city sportsmen", the loggers and hunters. The basket's hard shape made it a favorite among trappers being easy to load and unload traps and pelts.

...made in the traditional method, unlike the majority of baskets made today, which use imported reed...they are made of Black Ash, soaked in water and hand pounded to loosen a layer of annual growth. Ten foot wooden strips are formed and woven to create the baskets. At the top opening is a bent wooden ash handle.
-via ArdenCreek 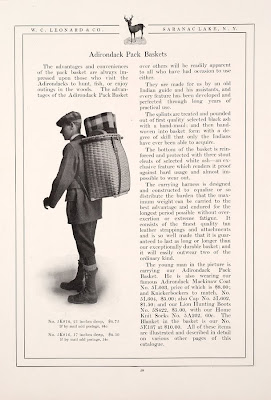 Great article recently by ArchivalClothing on the international use of pack baskets. As they mention, in New England they are generally known as Adirondack baskets. Pops has a bunch. [For the non-US types, the Adirondacks is a series of mountains and lakes/waterways in north-east New York State -ed.] The small packs fit a case of beer perfectly, even while cross country skiiing, *ahem* so I hear... Anyway, to get one woven with ash (rather than reed) and having leather straps or even cotton webbing, whether old or new is pretty much 2bills (see the basket lady... great find by ArchivalClothing). Old example below from Maine Country Classics. Sidenote: anyone seen the rest of the W.C. Leonard & Co. catalog as above... bet it is good. 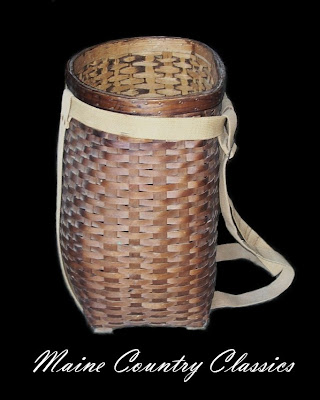 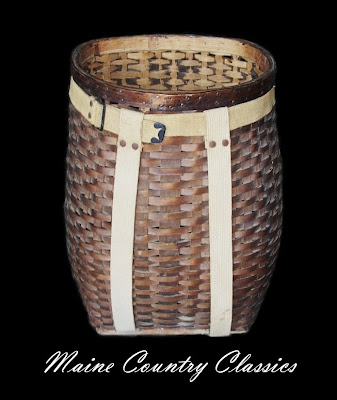 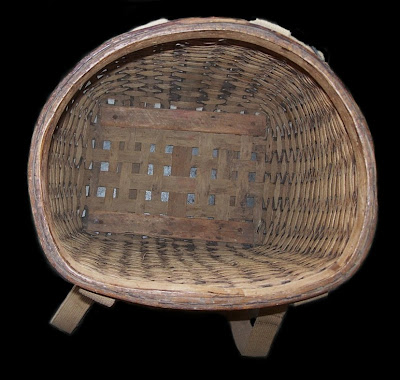 Fantastic images below via AdirondackHistory.org 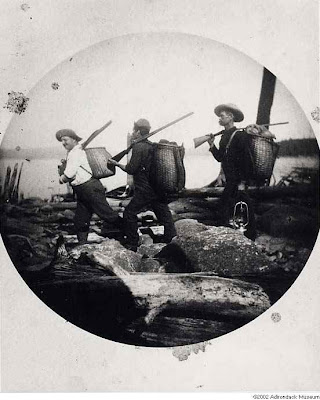 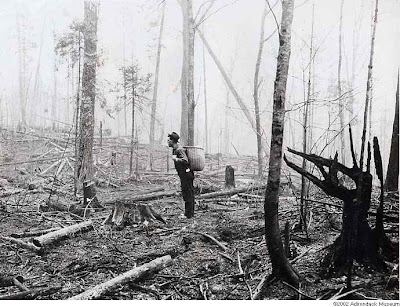 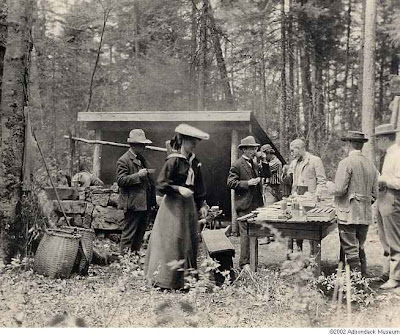 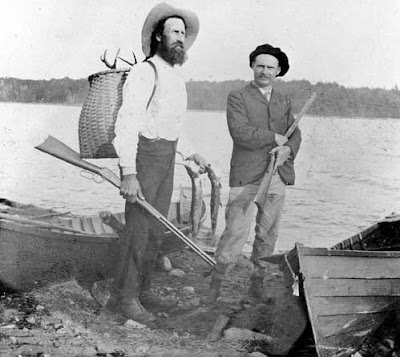 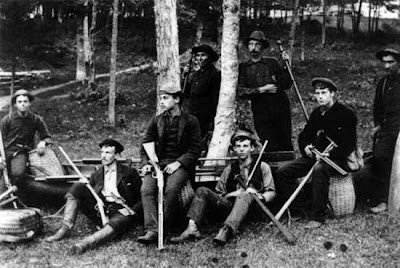