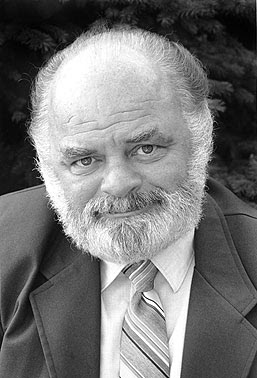 Robert J. Lurtsema, the host of WGBH's classical music program, Morning Pro Musica, died in 2000 after almost 3 decades of radio work on the show. His bass tones and pregnant pauses made him a New England institution.

From his obit; "John Harbison, the Pulitzer Prize-winning composer, noted that Mr. Lurtsema stood out in a radio environment where individual taste and commitment to music are increasingly made to defer to homogenized programming. Morning Pro Musica, Harbison said yesterday, was one of the last bastions of playing complete, challenging pieces from beginning to end."

Though this radio program is not on the air anymore, the Dawn Chorus also called Birds of Morning, is still used by WGBH Classical at 7am and 8am. It is the greatest way to wake up on the weekend. Set the alarm.