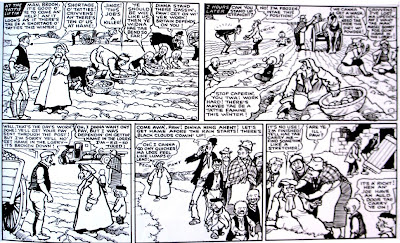 Wrong month for this really, but may amuse. In Scotland, and rurally elsewhere, 2 weeks in October were reserved as a school holiday for the children to help with the potato harvest (tattie pickin'). The comic above is from The Broons (1947), a weekly strip in The Sunday Post (byline A thoroughly decent read). Silent film clip of the same era via BBC/Scottish Screen collaboration.

A quick search in the LOC flickr photostream found these great shots of a similar routine in Maine. 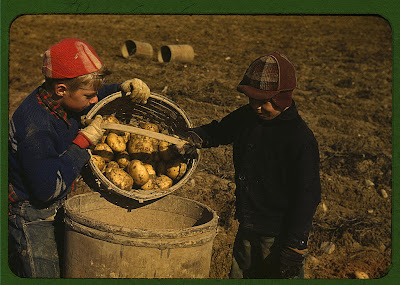 Delano, Jack,, 1914-1997, photographer. October 1940. Children gathering potatoes on a large farm, vicinity of Caribou, Aroostook County, Me. Schools do not open until the potatoes are harvested. 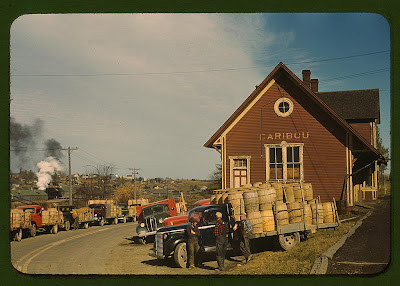 Delano, Jack,, 1914-1997, photographer. October 1940. Trucks outside of a starch factory, Caribou, Aroostook County, Me. There were almost fifty trucks in the line. Some had been waiting for twenty-four hours for the potatoes to be graded and weighed.

This photographer Jack Delano did a lot of work with the Farm Security Administration, and like a lot of those FSA photographers, these records of the "nonelite" as they say in oral history, are absolutely priceless.