bob and the trees -at iffboston2011 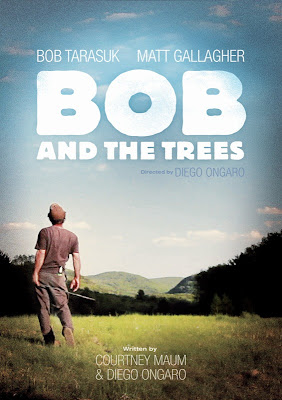 Bob and the Trees: A day in the life of Bob, a fifty year-old logger with a soft spot for golf and hardcore rap, who struggles to make ends meet in a threatened industry. 28 mins. Produced and directed by Diego Ongaro.

If you missed the Shorts1 programme last night you can see it in the Shorts2 programme on Monday, Somerville theater. Trailer below does not give away much but I'm interested...

What are your aspirations for this film?
With this film, I blurred the line between documentary and fiction. So I’d like this film to linger with people, so you slide on each side without knowing on which side you really are. I rarely create films with an agenda, and this film isn’t an exception to that rule. If anything, I hope people learn a little something about the logging industry, and about how hard loggers work.

How difficult was it to stay under budget for this film? What is your favorite guerrilla filmmaking tactic?
I had three days to shoot the whole thing, and we managed to shoot within that timeframe. The filming was definitely the biggest part of the budget, so I had a rough idea of the amount I would spend. The editing and sound editing was done in France, with friends of mine who agreed to work with me for a few peanuts. That’s my favorite guerrilla filmmaking tactic- working with friends.
-via ArtNewEngland