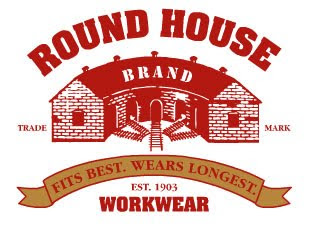 Named for the "round house" railroad repair station, ROUND HOUSE® brand overalls quickly became a favorite among rail workers, becoming known for their ruggedness and affordability.

Over 100 years later, Round House Mfg. is the oldest operating manufacturing company in Oklahoma, and still builds ROUND HOUSE® workwear according to the "Fit Best, Wear Longest" standard.
-via Round House

You may know Round House already but I believe they have updated their site a bit; worth a second look. Forgot to mention, their stuff is super reasonable, all $30-$40 range.

The hook for me is the double kneed brown duck work pants, on the site referred to as a replacement for "Carhartt's discontinued work pants", (UB01's, that is made in USA B01's). Took some digging on japanese sites to get an actual picture of the Round House double fronts, as below. Very interested to see these live -but that means ordering online as can't find anywhere in Boston or near that has them. Anyone?? 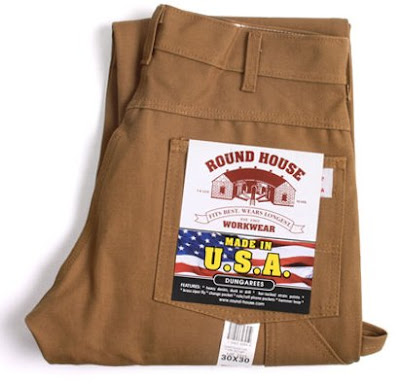 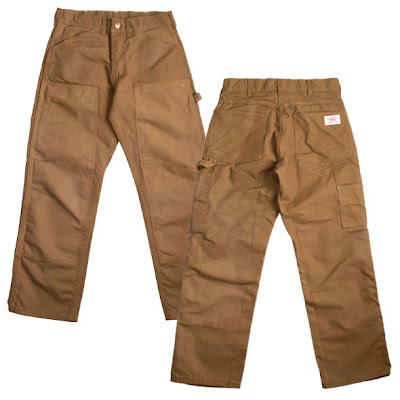 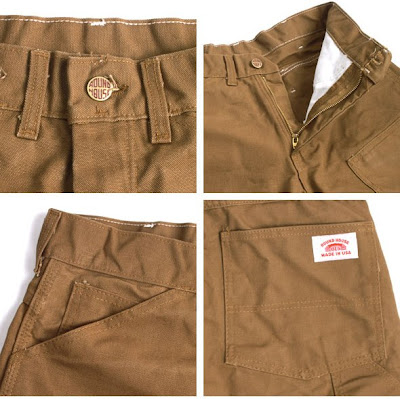