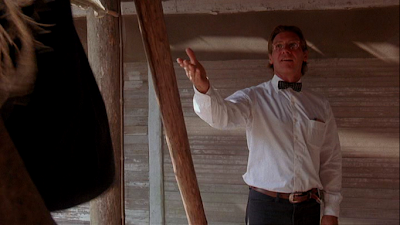 In Mosquito Coast, inventor Allie Fox (Harrison Ford) drags his family (including wife Helen Mirren and son, a young River Phoenix) to Central America and the titular jungle. Great rant early on in the hardware store about domestic vs foreign goods. Lot of bombastic father-figure stuff as it all unravels though.

Bow ties were traditionally the choice of draftsmen, doctors (esp paediatricians and ob/gyn) and any kind of machinist. Anyone that has to lean over anything, doesn't want their tie to either dip into something or get caught in moving parts. Pure practicality. No, Allie Fox isn't any particular sartorial influence, just an excuse to talk about bow ties... And word to the nerds -no he doesn't wear Indy boots this time. 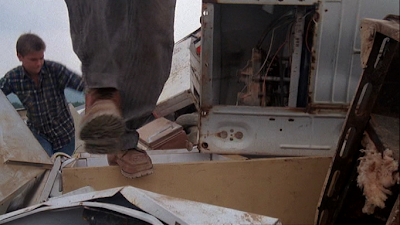