a week in scotland -food&drink

Ok, let's get into it. Deep fried Haggis. For a starter. Major fish suppers from Pierino's followed. Yes, yes silly pic but am infact a huge fan of the Hagg-I. And this lasted about 30 seconds between my bruv' and me. [sidenote; I spent 10+ years in EH1 and family still live there, so residents reading this take w/ a pinch of salt.] 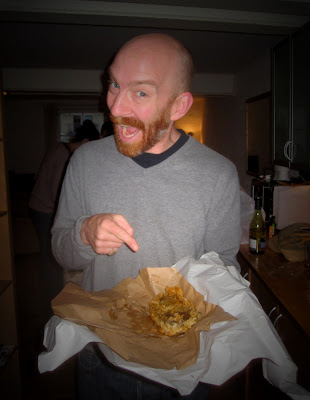 So that's why no posts recently.... yup, we were in Scotland for a week. No excessive WIWT shots, or store visits or what-have-you (though did go into Walker Slater, that place is massive, 3 rooms and piled high with tweed choices); rather 6 days of family visits, food, drink and late nights. 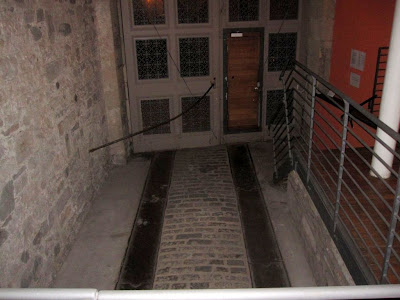 We stayed in Leith (for those just joining, it is the docks area, north of but basically part of Edinburgh, rehabilitated from its redlight era but still colorful). The flat was in a converted whisky bond warehouse; entrance still had the iron-reinforced wagon tracks backing onto the old loading dock. Niiiiice. 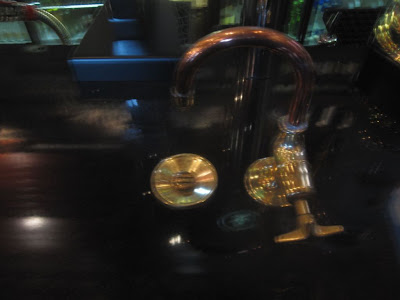 The old chestnut that there is a pub on every other corner does not apply in Leith... where there is a pub on every corner, and in between and across the road... Insanity whisky choices as you'd expect, and some places will have an inbuilt spigot on the bar to self-serve your water (for adding to whisky... not actually for, you know, drinking...). Was on the Innis&Gunn too. 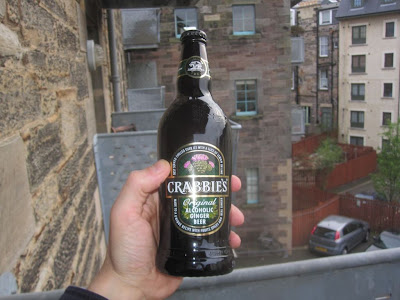 Crabbie's Alcoholic Ginger Beer used to be brewed in Leith, and though now fermented elsewhere in the UK has had a bit of retroboom in the last few years. Def' burn on the throat...

Slightly touristy but old skool sweetie shop I love, Toddle-In. Jammed to the rafters with jars. You can't buy 1/4's of sweets now (thanks to EU standardization) only by the 100g. 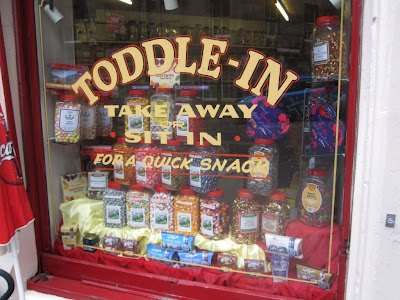 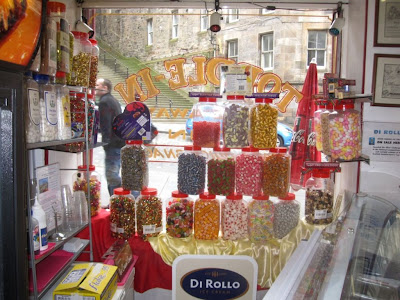 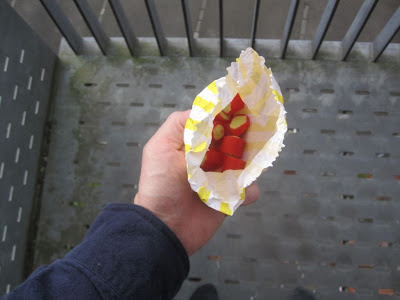 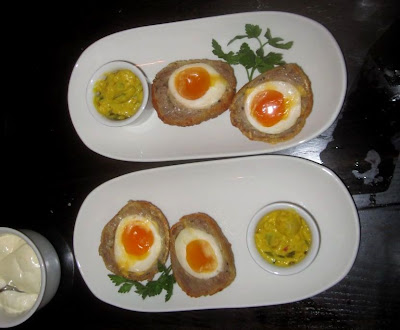 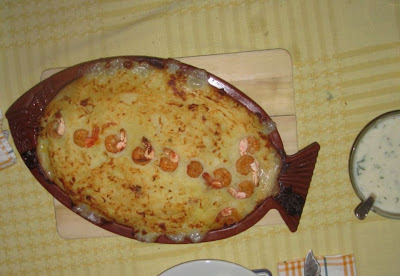 Then we shifted gears a bit; night in the Borders. Drive past the Broughton Brewery (not at all bad btw even though beers called Old Jock and such), past the John Buchan Center and round the Devil's Beeftub to Moffat. 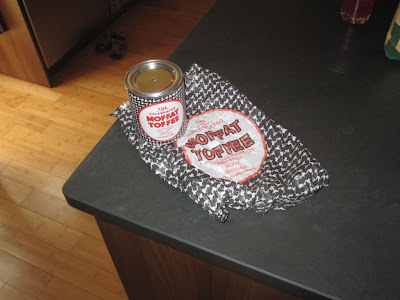 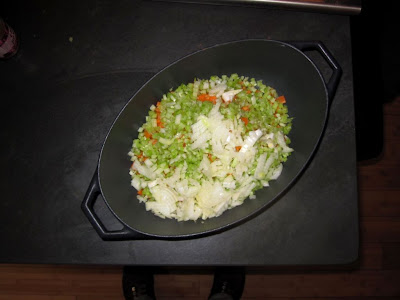 Won't go on and on, but met up w/ friends, and many many of their kids. Old buddy's house had a freestanding double tree fort with fireman's pole, pirate flag and walkway, trampoline and a pool (last 2 not in the treehouse...) and general amusement ensuing.

Great slate setup with the gents in the kitchen cooking (nice mirepoix chaps, in cool AGA cookware) and the ladies [the brain trust -ed.] locking down drinks on the deck. Cue old pal/teuchter with his father's CWC making homemade pasta for dinner. I'm converted. 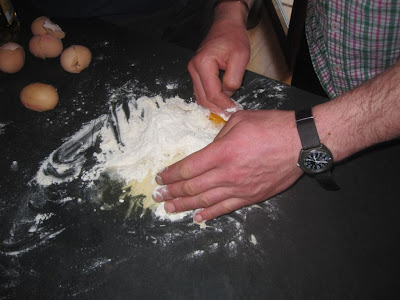 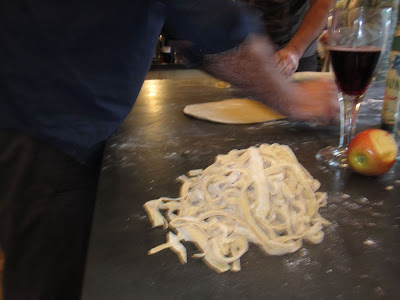 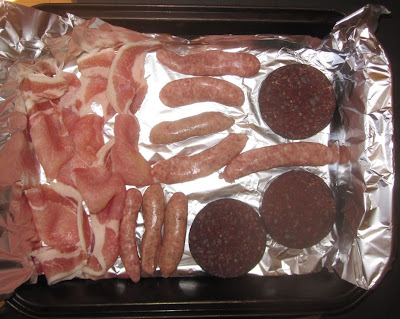