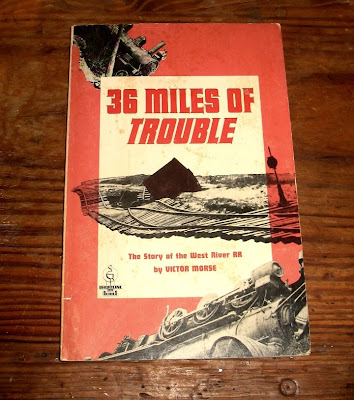 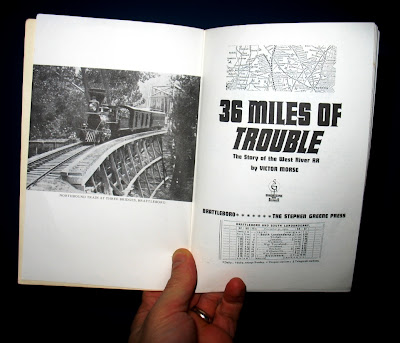 This fantastic pamphlet about the ill-fated West River Railroad of southern Vermont (1880-1936) was serialized in the Brattleboro Daily Reformer and then reprinted all-together in 1959. Great title btw... but the standout is the tone of writing; honest and witty. The 40 page publication is full of nuggets like;

"...the West River Railroad trains ran 'try-daily'.
That is they went down in the morning and try to get back at night." 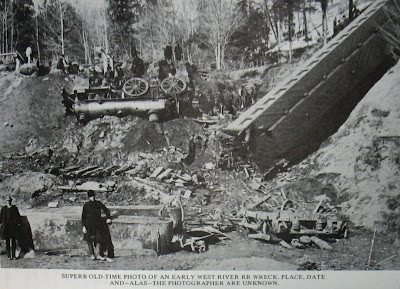 Seldom was the line called by its proper names; The West River or Central Vermont or Brattleboro&Whitehall but instead referred to as "the narrow gauge" (which it was) shortened to "the gauge". Even when the rail was later widened to standard gauge the line was still referred to as "the gauge"; the valley itself loosely taking on that name. Even in the 1960's a trip up the valley from Bratt' to 'Derry was thus "going up the gauge". [love this stuff -ed.] The book also hints that there were plans to extend the line from South 'Derry through Winhall all the way to Peru. V neat.

There were wood fired steam engines used and often the train would stop and it was everybody out to collect firewood... or the train would get bogged down in snow and everyone would tramp to the nearest farm and stay the night, or sleep in the snowed in cars... In 1935 one engine got stuck in the late winter snow and was abandanded till spring.. crazy. 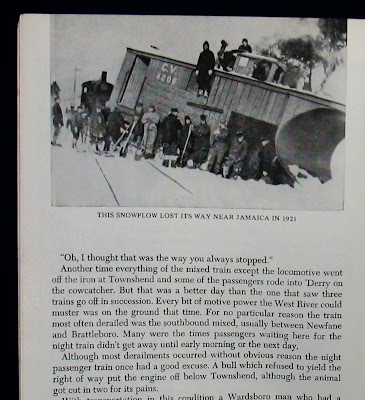 Vermont State Parks has reprinted an abridged verison that you can see online but copies are still around on ebay.

So what though... well, the West River railbed has recently been converted to a great walking/biking/x-country whatever-you-want trail running from South Londonderry to the Jamaica State Park (map) thanks to the Friends of the West River Trail. 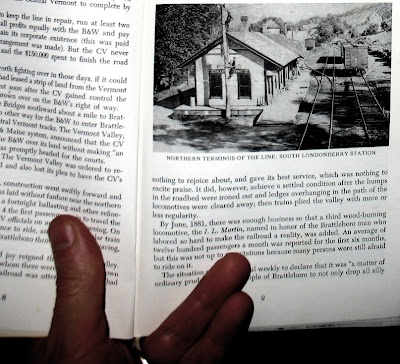 Below, the recently rebuilt depot building in South Londonderry. Meeting place for the Friends of the West River Trail. Read about the depot renovation at Badger&Associates. 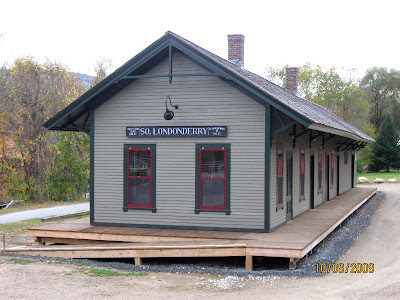 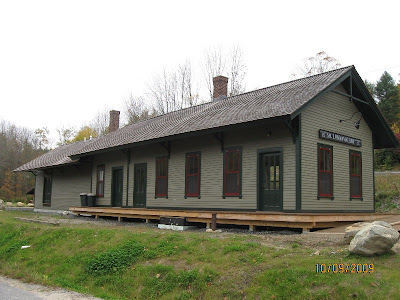