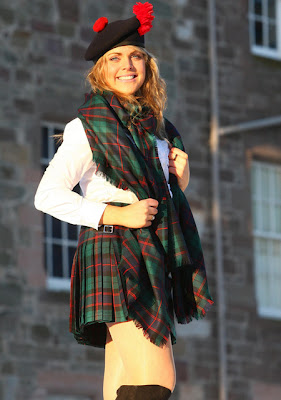 Cut to the chase... it took some serious stones to even suggest updating /redesigning /refreshing the timeless Black Watch tartan for a promotion essentially, but the end result is actually nae bad. The new design is dubbed Red Hackle, (the military wearing of red vulture feathers, hackles, can be traced back to the 18th century, and have been worn exclusively by the Black Watch since 1822. Further reading) and was released on January 5th, significant for the Black Watch (Royal Highland Regiment) which they celebrate as Red Hackle Day. So how did House of Edgar achieve this miracle? By not changing it too much essentially...

...the change from Black Watch is not that "the design has been overlaid with a series of checks in two shades of red" as the article states. This is a typical misunderstanding of how tartan is woven, unexpected in the "national" newspaper. Tartan is created from the interweaving of a series of LINES (or stripes) of different colour using two threads rather than one(twill weave, which creates the diagonal effect if looked at in close up). None of the colours "overlays" any other. Rather, where threads of the same colour meet, they create a block of that colour and where different colours meet, they create a blend of the two. This is part of the great subtlety of tartan. Many tartans are simply versions of other ones rendered in different colours (eg Macnab from Black Watch), or with additional lines or stripes of another colour (eg Gordon from Black Watch). This new tartan appears to be one of the latter, although, as usual, the description is so vague as to be less than explicit. -privateman

Proceeds from sales of a range of items in the new "Red Hackle" tartan will go towards multi-million plans for a permanent museum charting the regiment's history. Some 10 per cent [steady ON!... -ed.] of the sales from the tartan will be given to the Black Watch Heritage Appeal, which is seeking to establish a permanent museum to the regiment at Balhousie Castle in Perth. [Scotland -ed.] -via The Scotsman.

Image below of the new Red Hackle from The Scottish Registry of Tartans (worth looking around). Looks too bright on the monitor, but you can see the regular Black Watch (bottom) is bright electronically as well; must be a nightmare to keep all the shades correct. Need a tartan-recognizing app... Tar-zam?? ok stopping now... 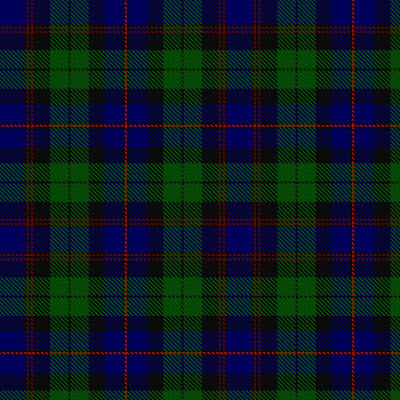 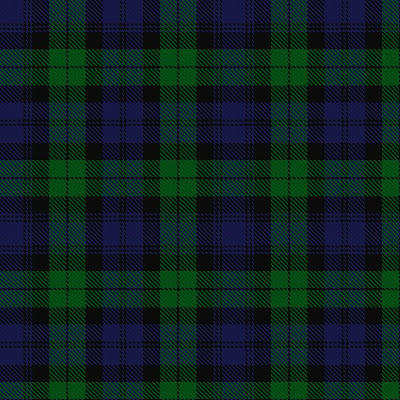