end of an era -the three clock inn


The Three Clock Inn is where I saw what it took to be the consummate waiter. Try to be Jacques, instead of James. Where I learned to drop an ice cube in my coffee... make killer vinaigrette, use endive in salad; required. Have you ever had a waiter, in tuxedo, flambé rum in a heated copper pot, tableside, to finish your baked alaska?? Jacques did that. If you had been a customer here sometime before 2001 you might have had the good fortune to meet him. 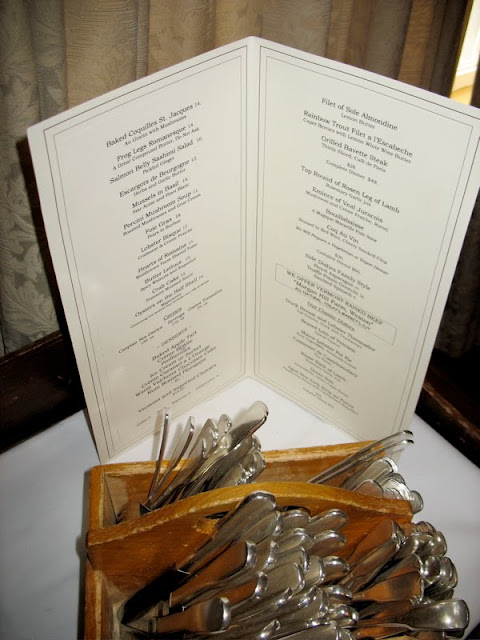 This southern Vermont institution may be closing next weekend after a 70 year run; and though not a total shock in the economic sense it is a big blow to me emotionally. It was a shining light of beyond-Julia-Child force in the 1970's, 80's and 90's, with gingham wallpaper, fireplaces, creaky wooden floors, the dedication of a husband and wife team (the classic arrangement of chef/front of house) Hank & Francis Tschernitz, the ever present Jacques (except Mondays, he was out fishing then), and the rotating under-staff of local kids; including yours truly, my sister, my brother, my other brother and more.

Hell, my Bruv was a baby-in-bassinet under the table here for many dinners. And for all the duck, foie gras, sole meuniere, veal, softshell crab (got your attention now?) and more that was offered, M tells me she had the best vegetarian dinner of her life in this place. Bang.

Last year I had the chance to interview the current owner/chef Serge Roche and Hank Tschernitz (former owner/chef that put the place on the map) for the oral history elective of my library degree. There is so much I am not saying here but if you are within a 2 hour drive of South Londonderry, Vermont this week -grab a piece of history (and some frog's legs, so good... if you like chicken wings and garlic bread you will be in heaven) and get one of their last suppers. Do it. (802) 824-6327. Same phone number since 1947. Extra points if you say the name right... 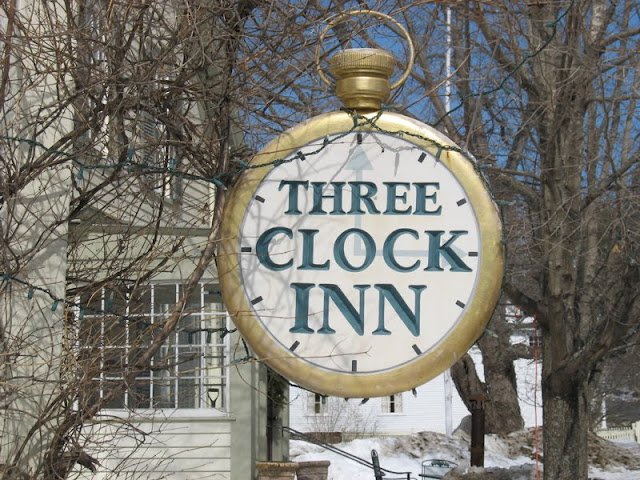 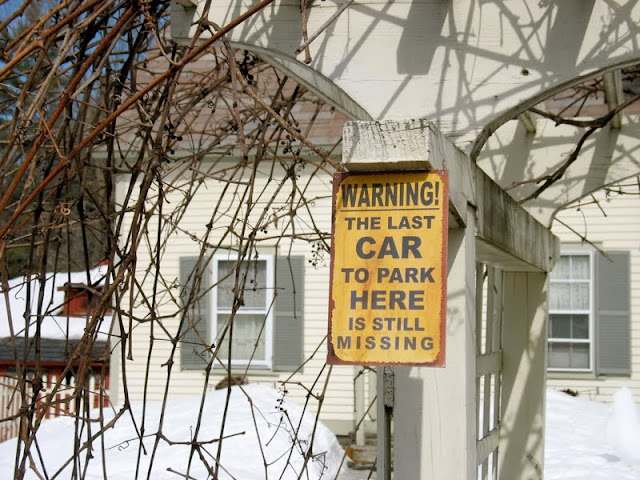 To say the former owner Heinrich (Hank) is a character [insert air quotes -ed.] would be an understatement. Here he is (tuxedo below) in his former life as a waiter in Venezuela, ready to serve cocktails (whiskey and coke by the looks of it) for the South American book release of Papillon; Henri Charriere is just out of frame. Hank got me an intro to the chef of Nantucket's Chanticleer (Jean-Charles Berruett) when I needed a job on Nan' in the 90's. During our staff dinners he would regale us with stories of his travels, recipes and of course waiters tales (like "the truffle affair...") Icon status. Sidenote; I really don't want end_of_era to become a regular feature on 10e... 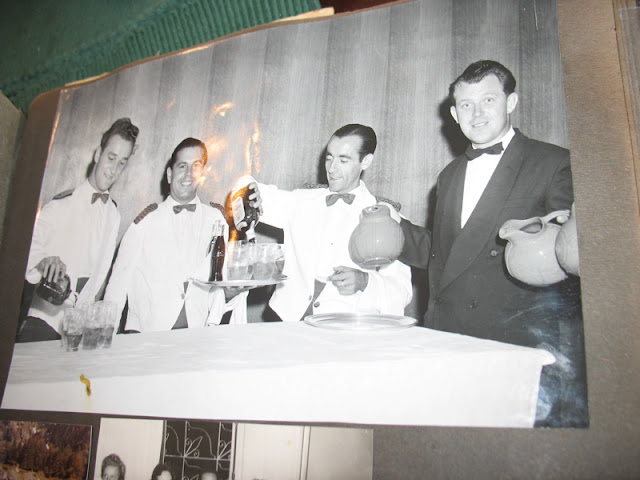