fiddleheads -it is time 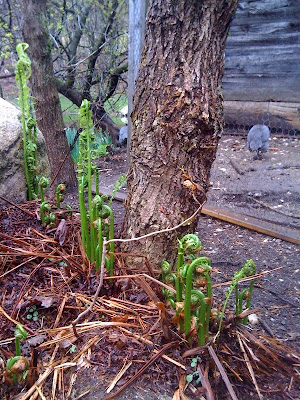 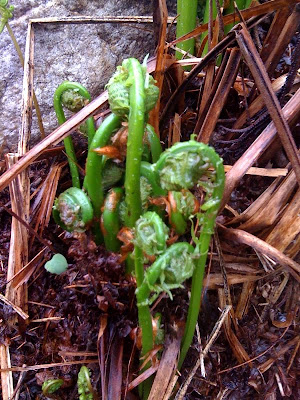 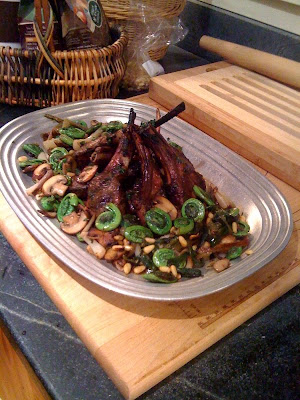 Fiddleheads, an early spring delicacy in Maine [New England generally -ed.] are the young coiled leaves of the ostrich fern (Matteuccia struthiopteris). Nearly all ferns have fiddleheads, but those of the ostrich fern are unlike any other. Ostrich fern fiddleheads, which are about an inch in diameter, can be identified by the brown papery scale-like covering on the uncoiled fern, as well as the smooth fern stem, and the deep ”U”-shaped groove on the inside of the fern stem.

Harvest the tender little rolls of ostrich fern as soon as they are an inch or two above the ground. Carefully brush off and remove the papery brown scales. Thoroughly wash fiddleheads in clean, potable water several times until the wash water appears clean. Then bring a small amount of lightly salted water to a boil, add washed fiddleheads, and cook them at a steady boil for 10 minutes. Fiddleheads can also be washed clean and steamed for 20 minutes. Serve at once with melted butter [and a massive rack of lamb -ed.] or vinegar. The sooner they are eaten, the more delicate their flavor.
-via University of Maine Cooperative Extension