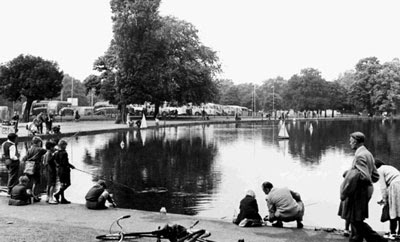 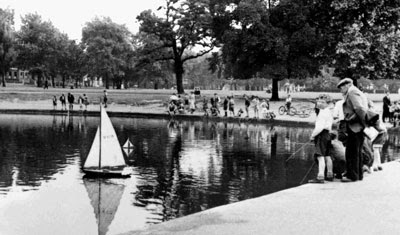 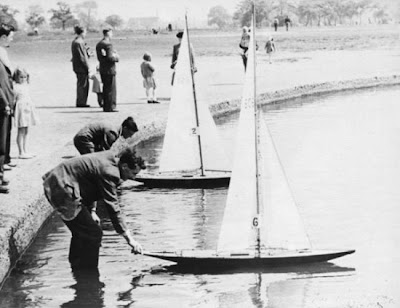 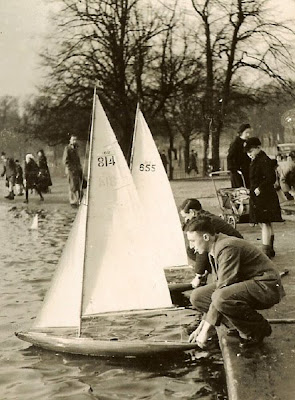 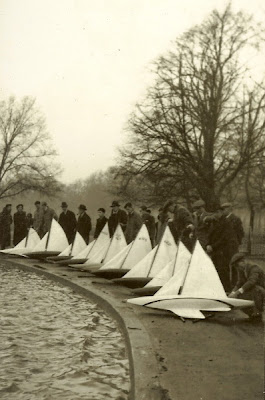 Pond yachts are model wooden sailboats built for racing. They were popularised by small clubs in London in the 19th and 20thC.


During the 1820’s a group of [sailing] enthusiasts – including Cooper the Gunsmith, shoemakers and other mechanics – met on Sundays to sail small boats, up to 2’6’’, on the Green Park Pond; finishing in time for a glass of ale at the White Horse Cellar in Piccadilly before public houses closed for Church Time at 11 a.m. Cooper is credited with introducing external lead ballast; it is tempting to picture him discussing his designs in the cellar.
-via the history page of the London Model Yacht Club (Est. 1884)

At the height of their popularity in the United States (the 1920-40s) they were a common sight in public parks. The yachts had class (size) ratings and were raced in international competitions, including the 1936 Olympics.

The Marblehead-class (M-class) pond boat originated in 1932 and over the years, has became the popular example of a racing pond yacht. Sort of chest high. You know it when you see it. More info via a slideshow from the Marblehead Museum. 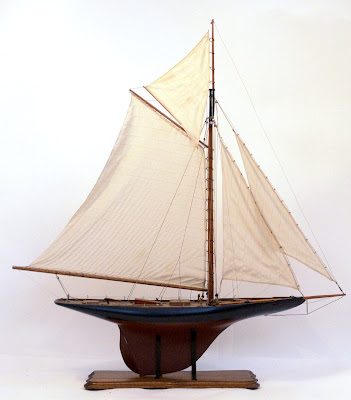 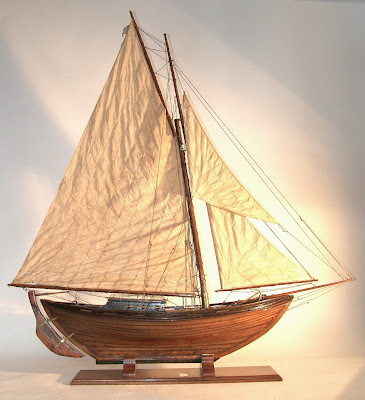 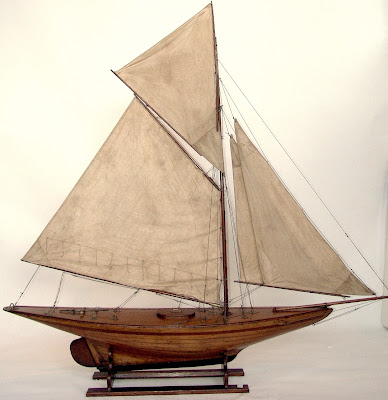 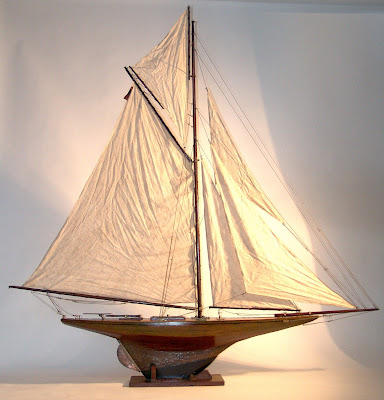 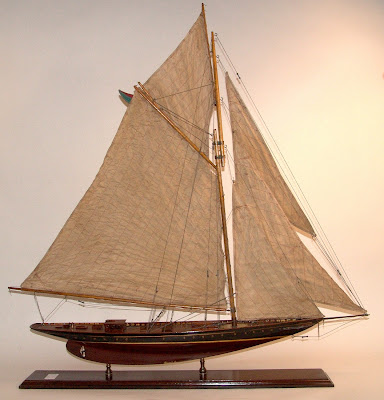 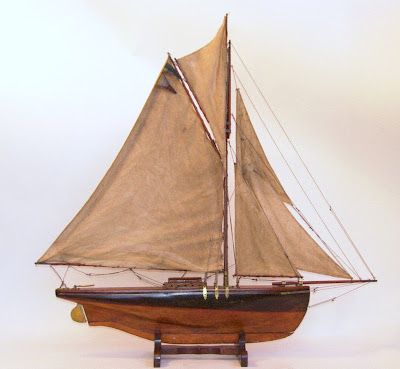 The Lannan Gallery in Boston houses over 400 model boats (tugs, frigates, steam yachts, vintage pond boats as above and more) and an insane collection of nautical antiques; for sale. I have walked by it a million times and never went in until today (ring the buzzer, tip your hat etc...). No prices listed, you know the saying... Other neat stuff includes Morse Mark V diving helmets, lanterns, portholes, ships' wheels, fog horns, bells, beacons, sea chests etc. Your basic nautical lookbook pr0n...

Pops has a few pond yachts of varying size. We managed to almost wreck a small one last summer when it blew into the standpipe in a storm. Unbelievably it popped out downstream a week later and Sis found it. Hurray. 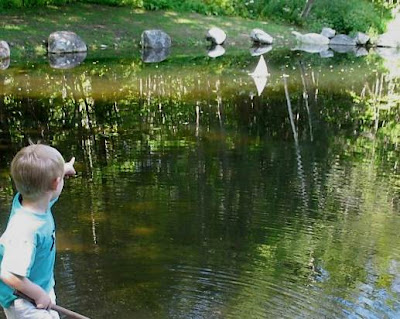 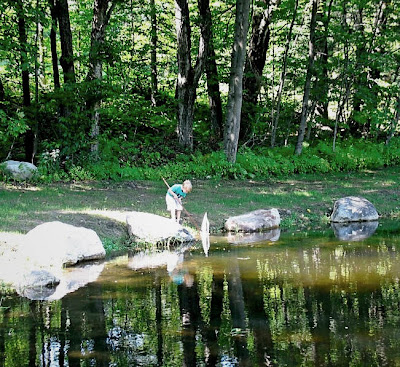 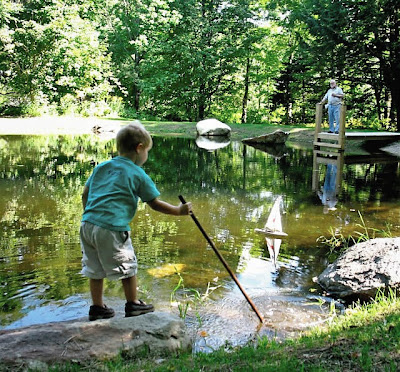