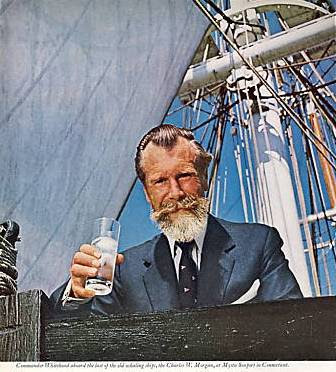 Commander Edward Whitehead (1908 – 1978) was a British Royal Navy officer, a veteran of the South Pacific campaign, and at one time the President of Schweppes (USA). He is better known as an advertising representative of Schweppes in a campaign created by Ogilvy&Mather Agency in 1955 which ran through the 1960s.

A bit late to the party on David Ogilvy, my reading list just got a wake up call. Long/short I have no doubt that Commander Whitehead could take down a certain "interesting man" any day of the week. Big fan of the old quinine water myself. 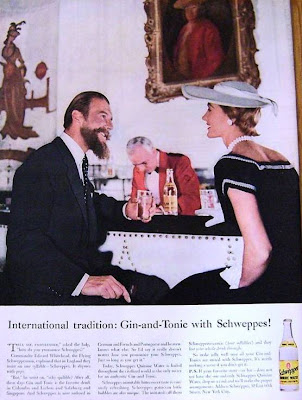 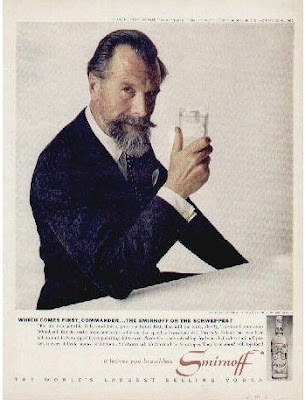 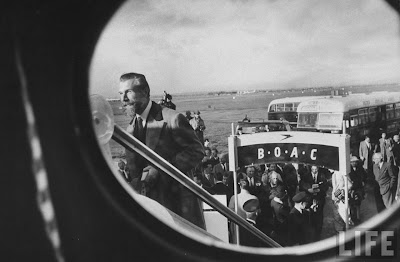 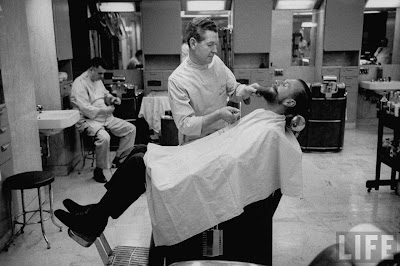 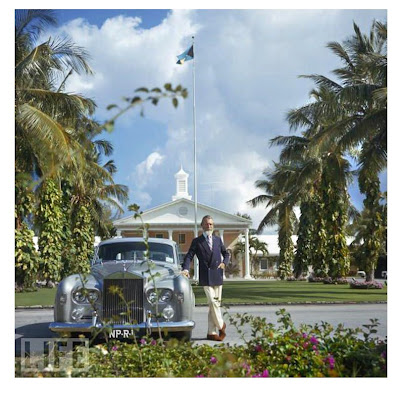 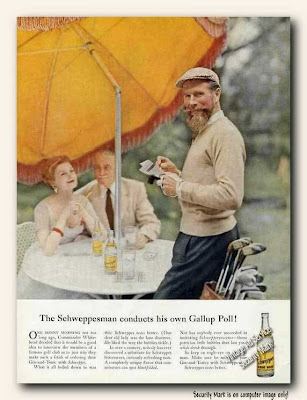 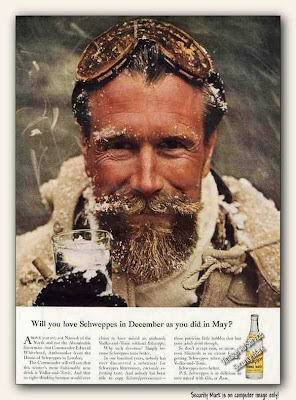 The bottom right photo was taken by Richard Avedon on a rooftop in New York City. It really had started snowing.
Lightning, meet bottle.