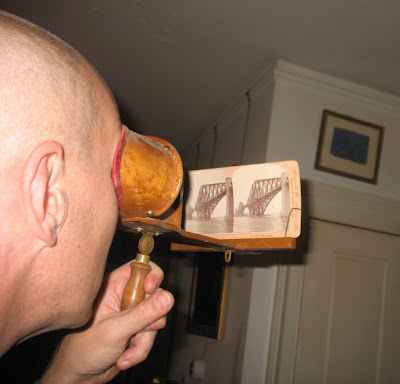 Nothing earthshattering here but had fun last weekend with an old stereoscope and some cards. A ViewMaster basically, if you were Tom Waits... Stereographs are made by a single camera with two lenses set approximately two-and-a-half inches apart -about the same distance as between the eyes. The stereograph goes in the wire slots in the holder, then move the holder back or forth until the 3-D image is in focus. The development in Britain in the mid 1800's of the simple viewer caused massive growth in the art form.

"Until techniques were devised late in the nineteenth century to reproduce photographs in newspapers and books, stereographs were the general public's major source of photographic images of the world." -via Chicago History Museum

The NYPL has a huge collection of stereoscope images. Have to imagine you could print them off and make the cards out of them yourself... great stuff. 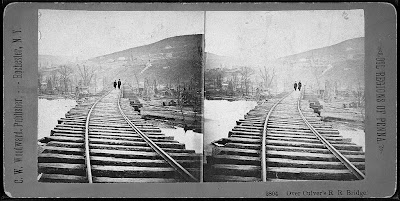 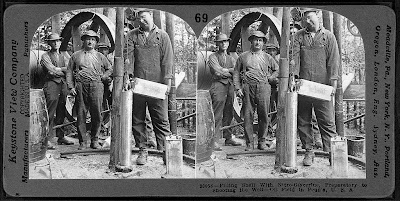 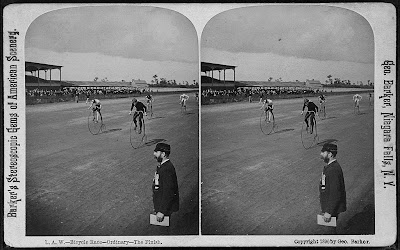 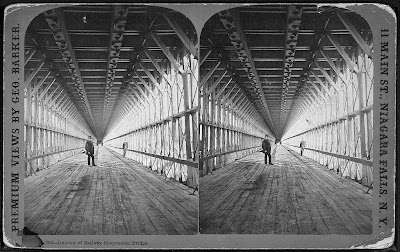 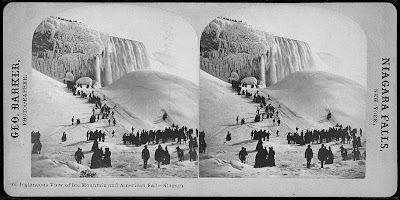